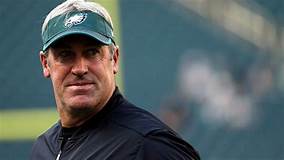 On a short week, the Green Bay Packers are favored in their Week 4 contest against the Philadelphia Eagles on Thursday night at Lambeau Field.

The Packers (3-0) have started the season undefeated in large part because their defense is allowing just 11.7 points per game, which is second behind New England’s 5.7 points per contest. They also lead the NFL with eight takeaways and are third with 12 sacks.

But the Packers have struggled to produce after the first quarter in coach Matt LaFleur’s new offense. The Packers’ offense is averaging 19.3 points per game, which ranks 23rd in the NFL, and their 286.7 yards per game is 28th.

After two straight losses, head coach Doug Pederson’s Eagles (1-2) face a must-win situation after a home loss to the Detroit Lions. On a short week, winning a road game is never easy, especially with the way the Eagles have played recently. The Eagles have to force Rodgers to throw an interception, which is something he hasn’t done this season.

The Packers are at home and their defense has been one of the best in the NFL through the first three weeks, but my gut tells me the Eagles’ desperation and the fact that they’re due for a quality performance will factor into them going into Lambeau Field and defeating the Packers.

Previous: Packers’ fast start bodes well for fantastic season
Next: Look for Rodgers to do a number on Eagles