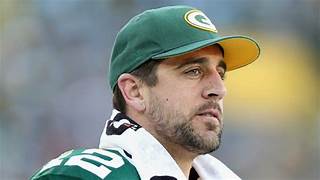 The Green Bay Packers’ offense has been anything but a smooth operating machine.

While the Packers have fashioned some impressive first-quarter showings against Minnesota and Denver in weeks two and three, respectively, the offense has largely been a ho-hum outfit.

That can be attributed to several factors i.e. lack of productivity from the tight end position, some questionable play calling, inexcusable penalties and, last but definitely not least, the erratic play of Aaron Rodgers.

The hall of fame in-waiting quarterback simply hasn’t played up to his ultra-high standards. And that’s vividly reflected in some of his passing numbers. To wit:

Rodgers will have a golden opportunity to improve on those aforementioned stats tonight, though. That’s when the 3-0 Packers face the 1-2 Philadelphia Eagles at Lambeau Field.

The Eagles, who some prognosticators felt would be a legitimate NFC title contender, have stumbled out of the blocks this season. And their defense has been a major reason for their issues.

The Eagles have been particularly ineffective rushing the passer. They have managed only two sacks to rank 30th out of Roger Goodell’s 32 team kingdom. Packers outside linebacker Preston Smith has racked up 4.5 sacks by himself. The Packers have 12 as a unit.

So Rodgers, just like he did last Sunday against Denver, will get another chance to excel against a poor pass rushing team. This time, I’d be shocked if he didn’t respond in a big way.