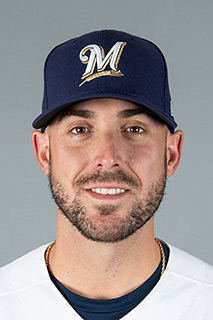 Home » Guest Post » Brewers shouldn’t give up on Shaw

Travis Shaw deserve another chance with Brewers next season

Most expected Travis Shaw to provide an impact in the middle of the Milwaukee Brewers’ lineup this season. There was no reason to think otherwise, after the left-handed swinging third baseman produced back-to-back 30-plus home run seasons leading up to this year.

But Shaw hasn’t come close to duplicating his numbers from the last two years this season. He’s struggled mightily at the plate, recording a .162 batting average with six home runs and 13 RBIs in 65 games. He also has struck out 74 times while drawing only 28 walks in 228 plate appearances.

Shaw’s disappointing season recently earned him his second demotion to Class AAA. With the Brewers in the midst of a heated playoff race, Shaw’s season at the major league level could be over.

Despite Shaw’s struggles, he’s still under team control through 2022. He is earning $4.68 million this season and will once again be arbitration eligible in the offseason. He likely will earn a salary close to what he made this season, which means the Brewers can’t give up on the 29-year-old and non-tender him in the offseason.

With Mike Moustakas holding a player option for next season, which he likely will decline for free agency, the Brewers have to roll the dice with Shaw. Moustakas will cost significantly more than Shaw, as he’s making $10 million and in the middle of an All-Star season.

The Brewers also don’t have a legitimate option in their minor league system to play third base, if Moustakas departs via free agency and the Brewers non-tender Shaw.

Shaw’s track record over the last two years has to give the Brewers some hope that this season was simply a fluke. The Brewers have no choice but to keep Shaw and stick him at third base next season while potentially using the money they save on Moustakas toward bolstering the gaps on the roster, especially starting pitching.

Previous: Who has the best passer ratings for NFL QBs at each age?
Next: The highs, lows of Brewers giving up 14 or more runs in a game