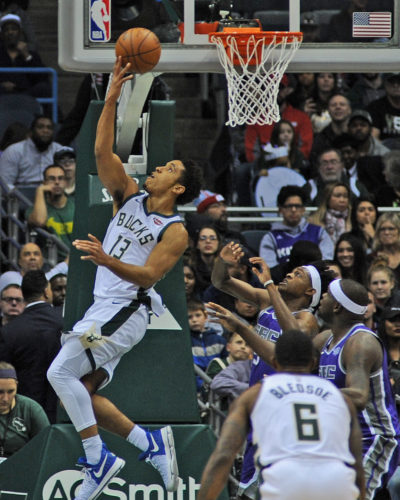 Starting on June 30 at 5 p.m. (Central time), the NBA will commence with free agency. Suffice to say, the Milwaukee Bucks will have to make some extremely difficult decisions, ones that not only will impact next season but seasons to come.

The Bucks are simply in salary cap hell.

“How they got themselves into this mess, I don’t know,’’ an NBA executive said. “But it’s not good. They’re going to be overpaying all of those guys if they want to keep them.’’

Indeed, all of the aforementioned Bucks free agents are going to see their ship come in whether in Milwaukee or elsewhere. That’s especially true for Middleton. He is coming off his first All-Star season and is generally considered the best of the “second-tier’’ free agents, ones rated below marquee free agents like Kevin Durant, Klay Thompson, Kemba Walker, Kyrie Irving, etc.

After being paid a paltry $13 million last season, Middleton is likely going to collect $32.7 million next season. That is the amount for the first year of a five year, $190 million “max’’ contact the Bucks can offer him. That averages out to $38 million annually.

Under the rules of the collective bargaining agreement, other teams can offer him four years for $140 million – or $35 million annually.

Four individuals, all affiliated with the NBA and well versed on the league’s salary cap, were recently queried about the Bucks’ impending free agents and what kind of contracts they could secure. All concurred Middleton will receive a “max’’ deal and all agreed he would thus be overpaid.

“Oh, there’s no doubt he’s going to get the max offer,’’ an Eastern Conference official said. “Is he worth it? No. But they (the Bucks) don’t have any choice because, if he leaves now, Giannis (Antetokounmpo) will leave the year after.’’

Another Eastern Conference official became upset when asked his assessment of the Middleton’s potential contract.

“It’s just disgusting,’’ he said. “ A max contract is supposed to be for a team’s best player. He’s not that, for sure. And I’m not so sure, he’s even their second-best player.

“With Golden State, he’d be their third-best or maybe even their fourth-best player. He’ll definitely be overpaid, but they (the Bucks) can’t lose him.’’

The same might be said of Brogdon who, after being a second-round draft choice in 2017, emerged as the NBA’s Rookie of the Year. Capable of playing both guards spots and producing at both ends of the court, Brogdon will undoubtedly attract keen interest during free agency – despite a litany of injuries.

Sources said at least two teams – Philadelphia and Indiana –are seriously making a pitch for him. But Brogdon is a restricted free agent and that means the Bucks can match any offer for him to retain his services.

Brogdon earned just $1.5 million last season, but it’s almost a foregone conclusion he’ll now be paid more than Eric Bledsoe next season. Bledsoe played well during the regular and parlayed that into a four-year, $70 million extension. He will be paid $15.6 million next season.

Each of the four individuals interviewed for this article felt Brogdon would receive an offer between $16-21 million.

“Teams know the Bucks are in trouble (with their salary cap) and there’s some teams that think they can steal him,’’ the Eastern Conference exec said. “I can see him getting $20 million, or maybe even a little more. If you’re going to make an offer sheet, you got to go higher and make them (the Bucks) sweat it out.’’

The Bucks apparently have been sending messages to teams that they don’t intend to let Brogdon get away.

“I know they have a great arena and some wealthy owners, but they’re in a small market and those guys (the owners) don’t want to pay the (luxury) tax. They want to make money, not lose it.’’

Added the Eastern Conference exec: “I heard that, too (that they’re matching Brogdon). They can say that now but I’m sure the Bucks, just like any team, have a cutoff point where they won’t go over to keep him. I still think he (Brogdon) is the odd guy out in Milwaukee.’’

There is speculation Lopez will return to the Bucks, especially after Detroit took Tony Snell and his $11.3 million contract for next season off their hands.

But Lopez, who had a bargain-basement salary of $3.3 million last season, is hardly a lock to return to the Bucks. The scuttlebutt is some teams are prepared to offer him more money and more years on a contract than the Bucks.

“I’d give him $36 million for three years,’’ a longtime NBA official said.

There have also been whispers Lopez wants to return to the West Coast and join either the Los Angeles Lakers – his previous team – or perhaps the Los Angeles Clippers, who are also in the market for a big man who can stretch the floor.

“I’ve been hearing a quite a bit about the Lakers and Lopez,’’ the Eastern Conference exec said.

The lowest annual salary any of the four individuals interviewed projected for Lopez was $10 million. The ceiling was $13 million. If a team offers the latter, the Bucks again would have to pause giving Lopez a long-term deal as he is not only 31 but hasn’t played in more than 75 games since the 2011-2012 season.

As for Mirotic and Hill, the odds of them returning to the Bucks appear slim. Hill’s loss could be damaging. The Bucks surrendered a premium first-round draft pick to acquire him from the Cleveland Cavaliers last season –even though he’s now 33 years old.

Hill performed well in the playoffs, as the Bucks hoped, and was particularly effective in the Eastern Conference finals against eventual NBA champion Toronto. There were even some critical situations in that series where Bucks coach Mike Budenholzer had him on the floor instead of the struggling Bledsoe.

The salary range for Hill, according to those interviewed for this story, was $7-10M. Hill’s name has also been linked to the Lakers, who are in the market for an established point guard to team with LeBron James and Anthony Davis.

Mirotic was also solid after the Bucks acquired him from New Orleans at last February’s trading deadline, although Budenholzer inexplicably didn’t play him a minute in the decisive sixth game of the Toronto series.

An excellent perimeter shooter, Mirotic was paid $12.5 million last season and doesn’t figure to be taking a pay cut. Brooklyn, Dallas and Utah are among several teams interested in his services.

“He’ll be an attractive free agent,’’ the Eastern Conference official said. “He’s still young (28) and he can shoot the ball and, the way the NBA is these days that’s a valuable commodity.’’

Asked how much Mirotic should expect to be paid next season, the Eastern Conference exec said, “I’d say in the $13-15 million range.’’ Added another NBA official, who split the difference: “Fourteeen (million).’’

So, who is staying with the Bucks?

And, who is going?

It’s all up to the Bucks’ principal ownership group of Wes Edens, Marc Lasry and Jamie Dinan, which has gone on record as saying it would pay the luxury tax in order to have a championship-caliber team. Only once have the Bucks ever paid the tax, that coming after the 2002-2003 season when Herb Kohl owner the team.

So, if the owners want to pay the luxury tax, and potentially a hefty one, they can retain all of their free agents. If they don’t want to put their money where their mouths are, the Bucks will inevitably take a major hit … and pay an even steeper price on the court next season.