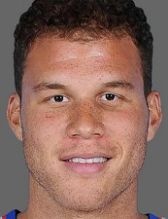 The Milwaukee Bucks don’t want to be on the wrong side of history.

The Bucks enter tonight’s Eastern Conference opening-round playoff series against the Detroit Pistons as prohibitive favorites. And they should be.

The top-seeded Bucks registered the best regular season record in the Association and will be competing against an eighth-seeded Pistons team that experienced its share of ups and down.

What’s more, history points strongly toward the Bucks winning the series. Just five times in NBA history has the No. 8 seed upset the No. 1 seed.

The Bucks, however, can ill afford to take the Pistons lightly – just like Philadelphia did against Brooklyn and Toronto Raptors did against Orlando on Saturday. The 76ers and Raptors who, like the Bucks are expected to challenge for the EC title, suffered embarrassing first-game losses.

Whether the Bucks win Game 1 (they are a whopping 13-point favorite) and the series in a cakewalk could hinge largely on the status of Pistons’ All-Star Blake Griffin.

The veteran power forward is hurting – he’s been battling left knee soreness – and how effective he’ll be in postseason is now the biggest question surrounding this best-of-seven game series.

Griffin was outstanding during the regular season. In 75 games, he averaged 24.5 points and grabbed 7.4 rebounds. On numerous occasions, he dominated.

Griffin affords the Pistons more than one of the league’s best talents. He also has a wealth of playoff experience. The 30-year-old Griffin has appeared in 51 postseason games, 50 as a starter, and played at a high level, averaging 21 points and 8.5 rebounds.

In contrast, Bucks star Giannis Antetokounmpo has played in just 19 playoff games. In his six seasons in Milwaukee, the Greek Freak has never been on a team that advanced beyond the first round.

If Griffin, whom the Bucks looked into trading for last season when the Los Angeles Clippers were shopping him, is close to 100 percent, and if veterans Andre Drummond and Reggie Jackson show up, the Pistons could give the Bucks a formidable challenge.

It’s unlikely the Bucks will do anything strategically that will surprise the Pistons as they have a firm grasp on the Bucks’ personnel and their tendencies.

Pistons coach Dwane Casey, one of the best in the business, has seen the Bucks up close on plenty of occasions in recent years while coaching Toronto and Detroit, and Pistons assistant coach Sean Sweeney spent the last four seasons in Milwaukee and may have played perhaps the biggest role in Antetokounmpo’s amazing development. Sweeney was briefly a part of current Bucks coach Mike Budenholzer’s staff before taking a better offer this summer with the Pistons.

Several Pistons players also have links to the Bucks. Thon Maker, who figures to receive extensive playing time in this series, was the Bucks’ No. 1 draft pick — the 10th overall selection — in the 2016 draft. He played two-plus seasons with the Bucks before being dealt to the Pistons in February.

Maker, who is just 22 years old and still has a big upside, played in 29 regular-season games for the Pistons, averaging 5.5 points, 3.7 rebounds and 1.1 blocks in 19 minutes.

While Maker had two non-descript regular seasons with the Bucks, he asserted himself in the playoffs, first against Toronto and then against Boston.

“I got on our starting center pretty hard because he kept leaving him in the corner and Thon kept on dotting his eye,’’ Casey said of Toronto’s playoff series against Milwaukee in 2017. “The moment does not both him (Maker). He performed well for Milwaukee in the playoffs and now he’s on the other side.’’

The 7-foot-1 Maker was a defensive force against the Celtics in last year’s seven-game series against the Celtics. After the Bucks lost the first two games and Maker played just one minute, he played at least 24 minutes in the next five games as Milwaukee pushed Boston to seven games. Maker had two games in the series in which he had five blocked shots.

Three other Pistons who once played for the Bucks include: