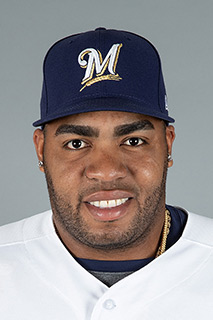 Who’s on first … for the Brewers on Opening Day?

If you are a diehard Brewers fan, you may find it hard to believe the following stat.

Conventional wisdom is that Jesus Aguilar, last year’s regular at first base for the Crew, will hold that spot on Opening Day in 2019 … that is barring any injury that would prevent him from that honor.

So … if Aguilar mans the first base spot on Opening Day in late March this season, we could see yet another different first baseman on Opening Day for the Brewers, the ninth straight year that has happened.

Prior to this season, that longest stretch where the Brewers had a different Opening Day starting first baseman was 1998-2001. John Jaha was the Opening Day starter at first in 1998; the following year it was Sean Berry, followed by Kevin Barker in 2000 and Richie Sexson in 2001.

Previous: Iowa’s Fant is on Packers’ radar
Next: TODAY’S SPORTSTAT: Matching his MVP numbers from last season will be a challenge for Yelich