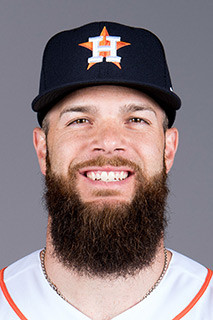 Home » Guest Post » Signing Keuchel would be a coup for Brewers

Dallas Keuchel remains on the free-agent market despite the regular season nearing. He was the second-best starting pitcher available this offseason behind left-hander Patrick Corbin, who signed a six-year, $140 million deal with the Washington Nationals on Dec. 7,

Keuchel has been one of baseball’s top left-handed pitchers over the last five years. The 31-year-old hurler hoped to land a deal similar to Corbin’s this offseason but his age likely scared teams away.

With the major-league season beginning in nearly two weeks, Keuchel likely won’t get a deal anywhere near his initial demand and will have to settle for a short-term deal.

If Keuchel is willing to sign a two-year deal worth around $30 million, the Milwaukee Brewers should jump at the opportunity to sign the former Cy Young winner.

Although he led the league with 211 hits allowed and saw his strikeouts per nine innings drop to 6.7, Keuchel would give the Brewers a top-of-the-rotation pitcher they desperately need if they want to duplicate last year’s success.

Keuchel attacks the zone and generates a high ground ball rate, making him an ideal fit for Miller Park. He also would give the Brewers’ rotation stability, something they don’t have.

Jhoulys Chacin is coming off a career year, Zach Davies and Chase Anderson haven’t displayed consistency throughout their careers, and Jimmy Nelson is a wildcard after missing all last season. Brandon Woodruff, Corbin Burnes, Freddy Peralta and Zack Brown are all young arms without a proven track record at the major-league level.

Last season, the rotation performed well with the assistance of a deep bullpen, but the Brewers can’t hope for a similar outcome again. No one knows what to expect from any of the Brewers’ current rotation options because they all have question marks and have never displayed consistency from a year-to-year basis.

Keuchel and the Brewers are an ideal match. He gives them veteran leadership, playoff experience and would provide stability to a rotation that doesn’t have that. The Brewers, despite being a small-market team, can afford him, especially if they’re serious about winning a World Series this season.

Previous: SPORTSTAT: Will Packers continue to make defensive players a top priority in draft?
Next: TODAY’S SPORTSTAT: Are Cubs in the midst of a ‘dynasty’?