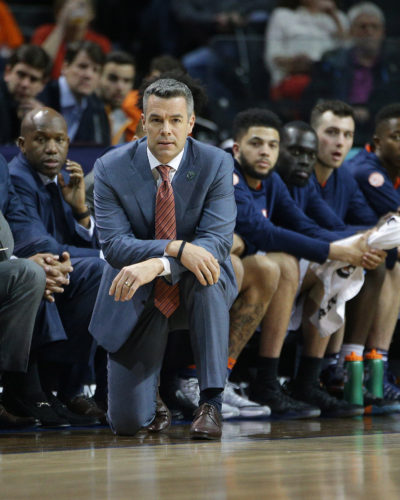 And now there are only three.

At basically the midway point of the men’s college basketball season, Virginia, Michigan and Houston are the only teams of the 353 NCAA Division I programs without a blemish on the records.

Virginia, ranked fourth in the Associated Press poll, is 13-0, while No. 2 Michigan and No. 17 Houston are both 15-0. Besides boasting perfect records, Virginia, Michigan and Houston have something else in common: each team has individual with ties to Wisconsin who is playing an integral role in its success.

With Virginia and Houston, it’s their head coaches: Tony Bennett and Kelvin Sampson. Bennett, who was born and raised in Wisconsin, was a standout point guard for his father, Dick, at UW-Green Bay before going on to play professionally in the NBA and Australia.

Bennett then became a college coach and has ascended to being one of the elite coaches in the country. He has been chosen the national coach of the year on three occasions and, including this season’s mark, has compiled a 232-86 record, a sterling winning percentage of .730.

Sampson, 63, has also been one of the best coaches in the nation. He started coaching career in 1979 as an assistant Michigan State. He has been at Houston since 2014 and has quickly resurrected the Cougars program. Last season, Houston beat San Diego State for its first NCAA Tournament victory since 1984.

Sampson’s connection to Wisconsin is that he served as an assistant coach to Milwaukee Bucks head coach Scott Skiles from 2008 until 2011.

As for undefeated Michigan, one of its major players is Jordan Poole, a sophomore shooting guard from Milwaukee. Poole, who spent his first three years attending Milwaukee King High School before transferring to La Lumiere (Ind.) School, is the Wolverines’ third-leading scorer at 14.1 points a game. He is also Michigan’s primary perimeter threat, connecting on a team-leading 47 percent on 3-pointers.