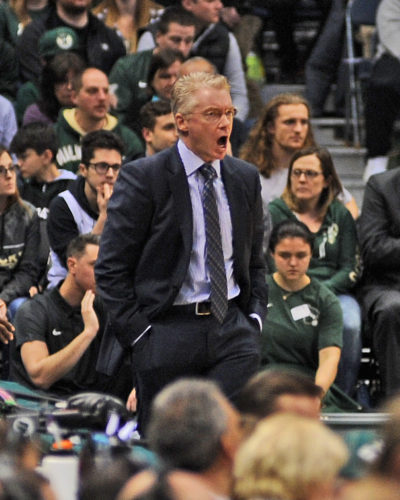 The Milwaukee Bucks’ lengthy search for a new head coach has seemingly paid off as they landed one of the more respected coaches in the business in the Mike Budenholzer.

Most of those aforementioned individuals, all fine coaches and top-notch people, are now in the unenviable position of scrambling for another NBA job. There are a precious few available as Augmon, who was fired over the weekend at the NBA Combine in Chicago, will soon discover.

But if Augmon is bitter about not being released sooner, when everyone in the world knew Prunty wasn’t going to be retained as head coach, he isn’t showing it. When I contacted him, he didn’t bemoan his fate or blast his former employers.

Instead, Augmon, who had a productive, 15-year career as an NBA player and was once an assistant coach in Denver, handled the harsh news as the consummate professional he is.

“It’s disappointing but I understand the business,’’ said Augmon, who was hired in Milwaukee two seasons ago by former Bucks head coach Jason Kidd. “They’re bringing in some good coaches; that’s a good staff.’’

Augmon was referring to the staff Budenholzer had in Atlanta last season and is expected to bring with him to Milwaukee: lead assistant Darvin Ham, a former Bucks starter and fan favorite who played on Milwaukee’s 2001 Eastern Conference Finals team, Taylor Jenkins, Chris Jent, Charles Lee, Ben Sullivan and Patrick St Andrews.

While most of those coaches, if not all of them, are preparing to relocate to Beer Town, Augmon and his coaching colleagues from this season’s Bucks’ team are embarking on shaky future. Augmon said he didn’t know the status of Sweeney, Foster, Baker and Broghamer, although some league sources said Foster and Broghamer were also dismissed and that Sweeney, because of his close relationship to Bucks star Giannis Antetokoumpo, and Baker, a former Bucks star who had done broadcasting and community work for the team before joining the coaching staff, could possibly be retained.

As for Augmon, he was genuinely grateful for his time in Milwaukee.

“I had a great time in Milwaukee,’’ Augmon said. “The fans are great and the city is awesome. It is way better than I ever expected. It was a great experience for me and for my family.’’