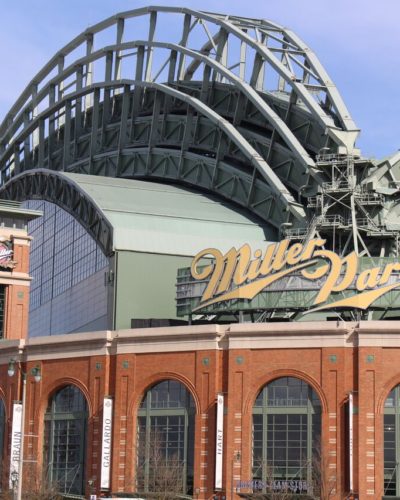 Two of the Brewers newest additions, Lorenzo Cain and Christian Yelich, have gotten off to fast starts. Cain had nine hits in his first four games while Yelich had seven.

At this pace, Cain will end the season with 365 hits and Yelich will collect 284. Highly unlikely, I might add.

If, however, Cain and Yelich can continue their fast starts over the course of the season, they could become the 2.0 version of Brewers legends Robin Yount and Paul Molitor. A formidable 1-2 punch at the top of the lineup would certainly go a long way to the Brewers having success in 2018.

If we drop the hit total down to 180 hits in a season, there have also been seven other seasons where a pair of Brewers teammates both had 180 or more hits that campaign. The last time was in 1998 when Jeff Cirillo (194) and Fernando Vina (198) each had more than 180 hits in a season.

Following are the eight seasons when the Brewers had two or more teammates with 180 or more hits in the same season.

The Brewers are hoping Cain and Yelich (and maybe another player or two) might join this list.

Previous: Zielinski: Brewers have the look of a playoff team
Next: Taking an inside look at Bucks new arena