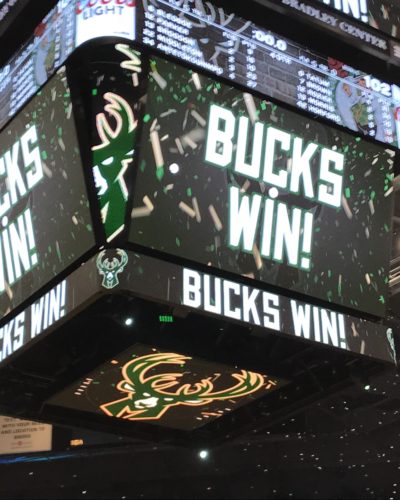 Here are a handful of stats from this last weekend’s NBA playoff games.

The Bucks will try to take the lead in their series with Boston by winning on the road in Game 5 on Tuesday night. However, past history has shown the Bucks have not fared well in Games 5 through 7 in their past seven post-season series: the Bucks are 2-9 in Games 5-Games #7 since 2003. Following is a quick look at the Bucks record in each game of the playoffs since 2003.

Five players have had multiple playoff games with 40 or more points and only one or no assists. Reggie Miller, Shaquille O’Neal and Amare Stoudemire did it three times, while Bob McAdoo and Kareem Abdul-Jabbar did it twice.

Previous: Middleton flashes ‘star’ power
Next: Who will be the Packers’ first pick? State media give their choices