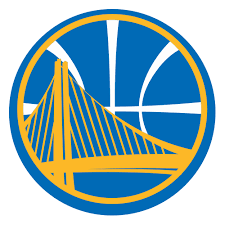 The old adage “You get what you pay for’’ certainly applies to the vast majority of NBA franchises this season as there is a distinct correlation between an NBA team’s player payroll and its number of victories.

Take, for example, the four teams with the highest payrolls for the 2017-2018 season: Cleveland, Golden State, Oklahoma City and Washington. Each one of the aforementioned teams are playoff bound and each ranks among the top 11 teams in the league for victories.

Two other teams – Houston and Toronto — also have Top 10 payrolls and rank first and third with victories, respectively.

Want more evidence about how payrolls frequently reflect a team’s chances of winning or losing? The Portland Trail Blazers have the fifth-most wins in the league with 38 and … have the fifth-highest payroll.

And then there’s the Milwaukee Bucks. The Bucks have the 11th-highest payroll and have the 14th-most wins. – just two wins shy of having the 11th most wins in the league.

Now, take a look at the teams residing in the NBA’s dungeon and how their paltry payrolls relate to their win totals: Of the eight teams with the fewest wins – Chicago (21 wins), Brooklyn (20), Atlanta (20), Sacramento (20), Orlando (20), Phoenix (19), Dallas (19), and Memphis (18) –seven of them (Memphis being the exception) are among the eight lowest paying teams.

Of course, there are always exceptions like the Indiana Pacers. They have racked up a surprising 37 wins — the seventh most in the league — but have the fourth-lowest payroll at $95M.

The Philadelphia 76ers are another franchise getting more bang for their bucks. The 76ers have 34 wins — the 14th-most — but have the ninth-lowest payroll at $100M.

Here are the teams with the highest payrolls in the NBA (total salaries all rounded off), and where those teams rank in wins:

Previous: A perfect fit: Beer and Brewers
Next: TODAY’S SPORTSTAT — Do you remember when the Bucks had 3 players score 25 points or more in the same game?