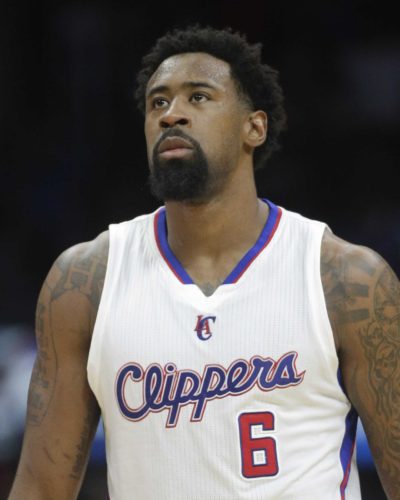 He isn’t called “Trader John’’ for nothing.

It seems ever since John Hammond became the general manager of the Milwaukee Bucks in 2008 he has been constantly wheeling and dealing. Hammond engineered a bevy of trades during his tenure in Milwaukee and nobody expects his shaking up rosters to change now that’s he’s the GM of the Orlando Magic.

In fact, many NBA officials believe the Magic will be in the eye of the trade storm that is approaching – with the deadline set for Thursday afternoon.

The scuttlebutt is Hammond and his longtime friend Jeff Weltman, the Magic’s president of basketball operations, are receptive to moving virtually anybody on their roster not named Jonathan Isaac, their prized rookie power forward.

According to several sources, three Magic players are at the forefront in trade discussions, three players who could definitely help other teams. They are shooting guard Evan Fournier, center-power forward Bismack Biyombo and small forward Jonathon Simmons.

Fournier figures to be the most coveted of the group, especially with the NBA having evolved into a perimeter shooting game. Fournier is shooting 39 percent from 3-point range this season and is career 38 percent shooter from beyond the arc. What’s more, he’s 25 years old.

Biyombo and Simmons would also be nice additions for playoff-bound teams. The former is a proven interior defender, while Simmons is an outstanding wing defender.

Sources said the Magic have mixed feeling about moving veteran center Nikola Vucevic and point guard Elfrid Payton, who have been rumored to be on the trading blocks for a while.

“They (the Magic) want to do something, for sure,’’ an NBA exec said. “All of those guys except the rookie (Isaac) aren’t Hammond-Weltman guys, so they have no attachment to them.

“I’m hearing they have like a four- or five-year plan to rebuild, so they’ll be moving a bunch of those guys, either now or this summer.’’

WEIGHING HIS OPTIONS: Andrew Bogut is chillin’, waiting for the trade deadline to pass before he decides to sign a free-agent contract.

The veteran center, who was let go by the Lakers, has drawn interest from several teams but figures to sign with a playoff-bound team.

ASCENDING TO THE TOP: A veteran NBA college scout said he now has Oklahoma guard Trae Young as his No. 1 draft prospect. Young is having a phenomenal season, averaging 29.8 points and 9.7 points for the Sooners. The scout contends Young has some of the same traits as Golden State superstar Stephen Curry.

“He has a fluid shot like Curry and his mechanics are very similar to Curry’s.,” the scout said. “And Young’s handle is really special. He’s very creative with the ball. He’s not Stephen Curry but he’s pretty dang good.”