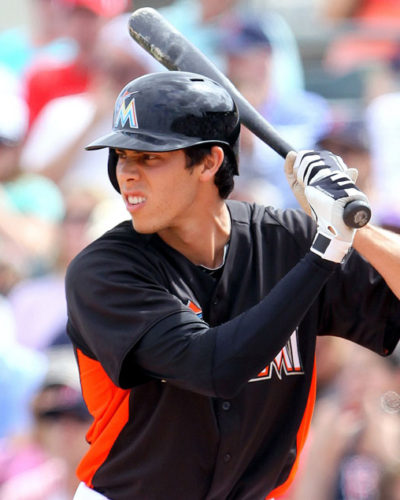 Although the Brewers had to give up two top 100 prospects according to MLB.com, it’s a move that will pay off this season and beyond.

Numerous teams had interest in acquiring Yelich, who requested a trade from the Marlins earlier this offseason. He’s a .290 career hitter and has won a Silver Slugger Award and Gold Glove in his first five seasons in the big leagues.

While the Brewers had to pay a major price, they received a rising major league star for four unproven players. This is a move Brewers fans should be excited about.

Acquiring Yelich also shows that the organization isn’t in rebuilding mode. Instead Stearns and Co. are dedicated to fielding a competitive ball club that can vie for a playoff spot this season.

Previous: TODAY’S SPORTSTAT-Bucks’ Brogdon has special game
Next: Jabari Parker could return to action this week