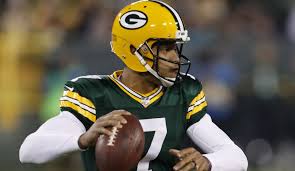 It’s now or never for the Packers.

Put your money on the latter.

The 5-5 Packers, whose playoff hopes are on a respirator, have to upset the Steelers today to have any realistic shot of being in the postseason. Even if the Packers had the services of the incomparable Aaron Rodgers, they’d have a difficult upending the Steelers, who are riding a five-game winning streak and who, at 8-2, are tied with the Patriots for the best record in the AFC.

But Rodgers will be a spectator again and he, like the rest of Packers Nation, can only hope his replacement Brett Hundley has at the very least a respectable showing. Anything less could be catastrophic for Green Bay.

Previous: It could be an ugly day for the Packers
Next: PACKERSTATS-Game 11: Nelson misses Rodgers in big way