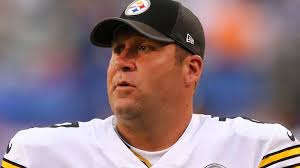 The Pittsburgh Steelers are a complete team and one of the best in the NFL. When the Green Bay Packers head to Pittsburgh for a Sunday road contest , they will be overmatched in every part of the contest.

The Steelers have one of the game’s best quarterbacks in Ben Roethlisberger with premier skill position players around him in receiver Antonio Brown and running back Le’Veon Bell. While the defense will have a difficult time stopping the Steelers offense, Green Bay’s offense will struggle against the league’s second-best scoring defense.

Packers QB Brett Hundley is struggling in place of Aaron Rodgers, throwing just two touchdowns compared to seven interceptions in six games. Don’t expect Hundley to have a career game this week against an elite defense.

The Steelers are clearly the better team on paper and will blow out the Packers at home.

Previous: Going undercover at a Bucks game
Next: Today’s game for Packers is HUGE