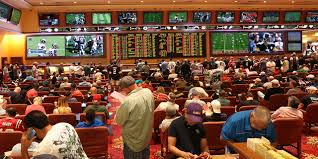 LAS VEGAS — The Milwaukee Bucks are virtually a lock to make the Eastern Conference playoffs next season, even if they continue to sit on their hands and do nothing the rest of the offseason.

That’s because the Eastern Conference, which has been pathetic for many years now, figures to be downright despicable next season. One only has to check out the odds the Vegas bookmakers have set for teams to win the 2018 NBA title.

At the Wynn in Vegas, the Bucks opened at 85/1 to win it all. Now, after making just a minor move – drafting D.J. Wilson in the middle of the first round –the Bucks’ odds of winning the NBA title have still improved to 75/1.

Only four Eastern Conference teams have better odds than the Bucks: Cleveland at 5/2, Boston at 10/1, Washington at 35/1 and Toronto at 50/1.

After Milwaukee, the next two Eastern Conference teams with the best odds to win the title are Miami at 85/1 and Philadelphia at 100/1.

So, even though the Bucks haven’t done anything to noticeably upgrade their roster since the end of last season and could conceivably be worse than a year ago depending on the health status of Jabari Parker, Khris Middleton and Malcolm Brogdon, they’ll still be good enough to land a playoff spot in the L-East.

They have transformed the T-Wolves from a fringe playoff team into a certifiable one, not only adding Butler but securing Jeff Teague, Taj Gibson and Justin Patton. Most teams would have been delighted to just add one of those aforementioned players.