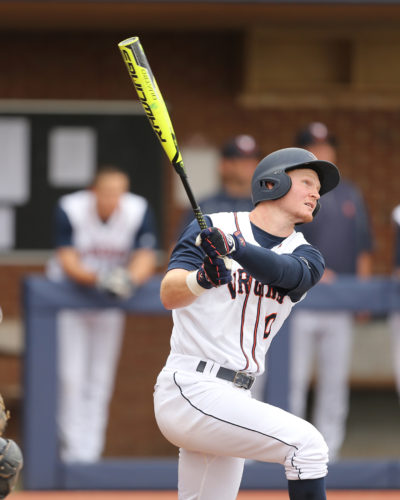 The Milwaukee Brewers hold the ninth overall pick in the 2017 MLB First-Year Player Draft, which gets underway on June 12. Uncertainty remains at the top of the draft, which makes it difficult to predict which players will be on the board when the Brewers are on the clock.

Here are three players who are a potential fit for the Brewers with the ninth overall selection:

The Brewers have scouted a lot of high school players and are planning on selecting the best player available according to their draft board, regardless of position.

Even though they are extremely deep with outfielders throughout their minor league system, there’s a chance the Brewers could select another outfielder with prep outfielders Jordon Adell and Austin Beck the likely options.

Adell is the top prep outfielder in the 2017 MLB Draft class, possessing five-tool potential. He has the best all-around tools in this year’s draft and is an outstanding defender with above-average speed and enormous raw power.

One concern for scouts about Adell is his ability to consistently make contact, as he sometimes strikes out too frequently.

One of the most polished college hitters in this year’s MLB Draft class, Pavin Smith has a strong shot of being a top 10 pick, despite being a first baseman.

With a mature approach batting from the left side of the plate, Smith is hitting .342 with 10 home runs, 60 RBIs and just eight strikeouts compared to 31 walks this spring.

Smith has the potential to make an impact in pro ball offensively, but defensively figures to only play first base, as he’s a below-average runner.

Considered a potential option to the Minnesota Twins with the No. 1 overall pick prior to the college baseball season, Alex Faedo’s draft stock has taken a slight hit.

Faedo has had an uneven junior season with Florida this spring, after undergoing arthroscopic surgery on both knees last fall. A 6-foot-5, 225-pound right-hander, Faedo has front-line starter potential, possessing a low-90s fastball, a slider and a changeup. Faedo’s best pitch is his above-average mid-80s slider, which is a true out pitch.

Previous: Tapp-ing Into The Numbers: NBA Stats: Best playoff winning percentage to not win a championship
Next: Diallo has the look of a future Buck