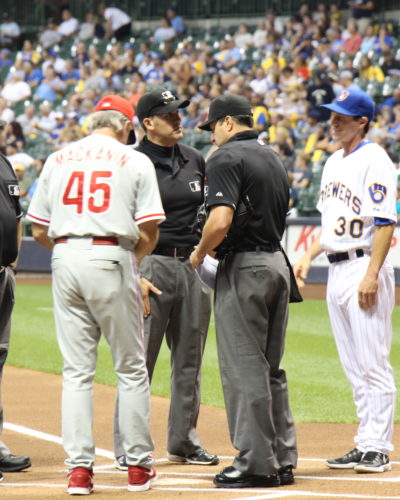 Home » Guest Post » Tapp-ing into the Numbers: Batters with 120+ strikeouts and walks in a season

BY JERRY TAPP
My guess is that baseball fans, whether they are watching a game on TV or in person, like to see action on the field. They enjoy the batter connecting with a pitch and the either a base hit is the end result or a defensive play is made.

Of course, a well-timed walk or strikeout, depending on if your team is at bat or in the field, is always nice. Generally speaking, however, action on the field is what we crave.

Of these 15 players, six have reached the 120-120 mark in strikeouts and walks multiple times in their careers, led by Jim Thome who did it four times. Here’s a look at the players who have had 120 strikeouts and 120  walks seasons.

Previous: Diallo has the look of a future Buck
Next: Tapp-ing into the Numbers: 4 stats you may not know about NBA Finals