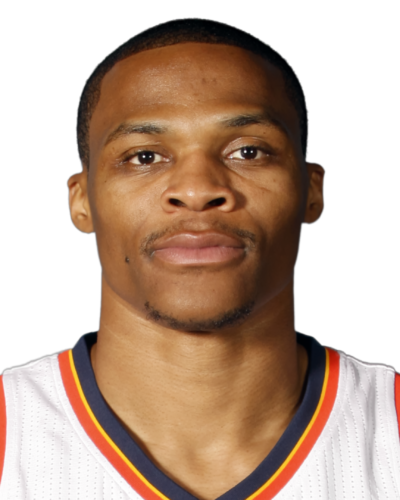 Home » Guest Post » Tapp-ing Into The Numbers: Westbrook Could Take 2,000 Shots This Season

Russell Westbrook is the favorite to win the NBA’s MVP Award this season. He is averaging a triple-double this season (31.7 points per game to go along with 10.7 rebounds and 10.4 assists per contest). On Friday night, he became only the second player (Oscar Robertson was the first) to average a triple-double in a season. Westbrook also has 41 triple-doubles this season and needs one more to set the record he shares with the “Big O”.

Here’s another stat about Westbrook: With three games remaining, Westbrook has attempted 1,899 shots, or 24 per game. He would need to fire up 101 shots in his final three contests to become the 11th player in NBA history to attempt 2,000 or more shots in a regular season.

Here’s a look at some other stats re: players to have attempted 2,000 or more shots in a season:

With 1,899 shots this season, Westbrook became the 42nd different player to reach 1,750 shots in a season (it has happened 90 times in the history of the NBA). Michael Jordan did it 10 times to top the list, followed by Wilt with seven, Kareem Abdu-Jabbar, Elgin Baylor, Alex English and Dominique Wilkins with five such seasons, and Elvin Hayes and Allen Iverson with four seasons each with 1,750 shot attempts.

It doesn’t look like any other player this season with join Westbrook in the 1,750-shot club; New Orleans’ Anthony Davis has taken the second most shots this year with 1,526 and DeMar DeRozan follows with 1,530. Nine other players this year have attempted 1,400 or more shots this season.

Previous: This Poll Has Westbrook As Clear Choice For MVP
Next: Tapp-ing Into The Numbers: Fast Start Important For MLB Teams