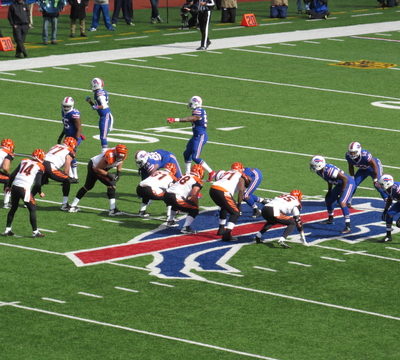 This year’s NFL Draft begins on Thursday. Every team will be looking to fill some spots on their roster with young players… either potential starters or players who can add depth to their team.

Does your team need a playmaker? A defensive specialist? The first round in the draft is always an interesting time when teams try to fill their most immediate need. Some teams, however, seem to have a pattern in how they select that first-round player. Case in point: Since 2007, the New York Jets have made 12 first-round selections, 10 defensive players and only two offensive players. That +8 is the biggest discrepancy of any of the 32 NFL teams.

Here’s the breakdown of each team over the last 10 drafts when they have made their first-round selection.

Previous: Tapp-ing Into The Numbers: Warriors Join Exclusive 60-Win Club
Next: Cream City Clash Stands Up For Their Bucks