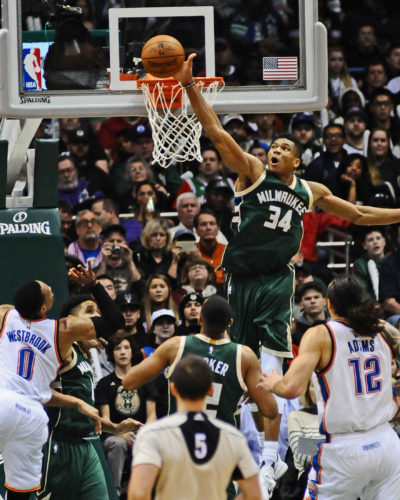 The Milwaukee Bucks will have to somehow navigate a rough and rocky road if they intend to reach this season’s NBA playoffs.

The Bucks are one of six teams vying for one of the last three playoff spots in the Eastern Conference, with the others being Indiana, Detroit, Chicago, Miami and Charlotte. Here are their respective records:

How these teams conduct their business on the road will go a long way toward determining whether they reach their desired destinations of the playoffs. On the surface, at least, Miami has the best chance of doing that and Milwaukee has the worst chance.

While all six teams have struggled on the road – they all have sub .500 records — Miami has a mere six games remaining on the road. Chicago and Charlotte have seven apiece, while Indiana and Detroit have eight and nine, respectively.

Coach Jason Kidd’s team has a whopping 11 road games left. And, as the Bucks demonstrated again on Monday night in a grisly 113-93 loss to the Grizzlies in Memphis, they are a deplorable road team. So far this season, they have won just 12 of their 30 games on the road.

Barring a sudden change of fortunes on the road, it looks like the Bucks will be watching the playoffs on TV for the second straight season and for the fifth time in the last seven seasons.

Previous: Koenig, Fischer Will Audition For NBA Officials
Next: Heat Is On For Eastern Conference Hopefuls