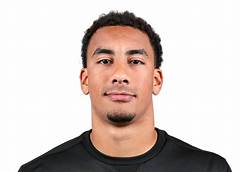 With those words, spoken from his basement, NFL Commissioner Roger Godell sent a literal wedge into Packer Nation. On one side, there are the Packer faithful who see Love as the heir apparent to Aaron Rodgers and feel the selection of Love in the first round was a sound decision for the future. On the other side, we have Packers fans who thought the selection of a QB who will likely not see the field anytime soon was a waste, especially when you consider the team has needs at other positions.

In today’s NFL, it is not uncommon for teams to use a first round pick on a quarterback, especially if they have a dire need for an upgrade at that position. But for the Packers to choose Love (JLo) when they already have Rodgers (ARod), seemed strange. (Maybe as strange as Alex Rodriguez dating Jennifer Lopez… but I digress.)

Love, who was the fourth QB chosen in the first round of this year’s draft (behind Joe Burrow-Cincinnati, Tua Tagavailoa-Miami and Justin Herbert -L.A. Chargers), is clearly looked upon as Rodgers’ eventual replacement, but that will probably not happen soon.

Burrow, Tagavailoa and Herbert will likely be thrust into starting positions in their first seasons with their respective teams while Love will sit. Rodgers has said he wants to keep playing into his 40s, and if he stays healthy, Love will not get introduced as the G.B. starting QB unless Rodgers sustains an injury.

Having said all of this, it should not be surprising that the Packers franchise took this route in the draft. Consider this: Love is the fourth QB the Packers drafted in the first round since 1970. The other three first-rounders, Jerry Tagge, Rich Campbell and Aaron Rodgers, rarely took snaps as the Pack’s starting QB in their first three seasons on the team.

Tagge was a first rounder in 1972, the 11th overall pick. He did not start any games at QB for the Packers his first season; started six games his second season, and had six starts his third season. After that, he was out of football after only three seasons.

Campbell was the Packers first pick in the 1981 draft, the sixth overall selection. He spent four seasons in Green Bay, yet never started a game for the team. In fact, he played in only seven career games in the NFL. Yes, that was the Packers’ first round choice in 1981. Five eventual Hall of Famers were selected after Campbell that year.

Rodgers was the 24th pick in the first round of the 2005 draft. He did not start a game until his fourth season with the Packers. We all know what he has done since then.

There’s a really interesting stat I discovered about first round QBs taken since 1970 … there have been 110 QBs taken in the first round since 1970. Did you know that only two QBs of those 110 did not start a game for his team the first three seasons with his team?

Well, I gave you the answer above; Rich Campbell and Aaron Rodgers are the only two QBs taken in the first round since 1970 who did not start an NFL game for their team in the first three seasons.

Will Love see his career go the route of the previous first round QBs taken by the Packers? We’ll see. It would not, however, surprise me if Rodgers stays healthy and Love does not start a game for the Pack in his first three seasons with the team.

That would make him the third Packers first round QB to not start a game in his first three years with the team. None of the other NFL franchises has since 1970 has had even one QB fit this category.

Here are the 11 NFL quarterbacks selected in the first round of the NFL Draft since 1970 who started the fewest games in their first three seasons in the league.

In addition to Campbell and Rodgers, there are two first round QBs who did not start a game in their first two seasons. The other two are Chad Pennington and Philip Rivers. Ironically, of the 110 QBs taken in the first round since 1970, Rodgers has started the 12th most career games with 174, and Rivers has started the fifth most career games with 224.

One final note: Of the 110 QBs taken in the first round since 1970, 65 of them started 50% or more of their teams’ games in their first three seasons in the league. Twenty-five of the 110 started 40 or more of the team’s 48 games in those first three campaigns, and five first round QBs started all 48 of their team’s 48 games those first three seasons. The five: Joe Flacco, Andrew Luck, Peyton Manning, Cam Newton and Ryan Tannehill.

Previous: Gutekunst fumbles the ball by picking Love
Next: Ex-Bucks Gadzuric, Ham are among the NBA’s worst ever free throw shooters