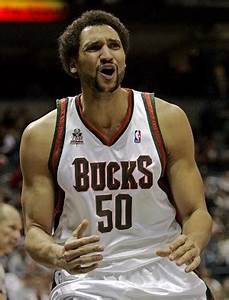 Ben Wallace was a four-time All-Star and was first team All-Defense in the NBA five times. He twice led the league in rebounding and was second on two more occasions.

In his 16-year NBA career with five different franchises, he was known as a tenacious rebounder and defender. He was, however, a terrible free throw shooter… maybe the worst in league history.

Of all Bucks players who attempted 500 or more career free throws with the team, Dan Gadzuric is/was by far the worst free throw shooter. He had a career .504 percentage in free throws with the Bucks. He is followed by John Henson .572, Andrew Bogut, .574, Alton Lister, .575 and Ervin Johnson, .586.

Of Bucks players with a minimum of 100 free throw attempts with the team, Joel Przybilla tops the list as the worst free throw shooter with a .419 percentage.

Previous: Will Love’s career with Packers be like Rodgers’ … or Tagge’s and Campbell’s?
Next: Here’s 23 stats on ex-Brewer and Hall of Fame bound Ted Simmons