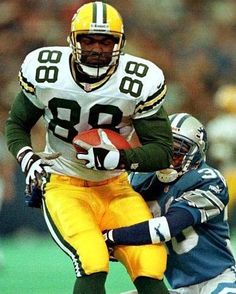 Home » Guest Post » So you think you know Packers’ trivia. Then name the last time the green and gold used a first-round pick to draft a center

The National Football League is scheduled to hold its annual draft in late April… barring any delays due to the current health crisis.

Teams will be filling roster spots with young players. But on which side of the ball will teams focus… offense or defense?

Here’s a quick look at the number of first rounders the Pack has chosen at various offensive and defensive positions since 2000.

The last offensive player the Packers chose in the first round was in 2011 when they selected Mississippi State tackle Derek Sherrod. He played in 20 games for the Packers in his four-year NFL career, starting only one game for the team in his career.

Following is the last position player the Packers chose in the first round and the year they were drafted.

So in which direction will the Packers go this season? \

If history is any indication, look for a player on the defensive side of the ball. But then again, they could tab an offensive player in the first round for the first time since 2011.