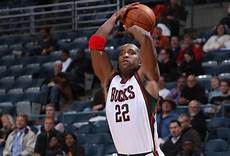 Home » Guest Post » The Bucks have had 10 left-handed shooters score more than 1,000 pts in team history. Can you name them?

Did you know that Michael Redd tops the Bucks all-time for most points by a left-handed shooter?

The left-handed sharp-shooter Redd accumulated 11,554 points in his career with the Bucks, one of 10 left-handed Bucks players who had 1,000 or more points with the team in their career.

A total of 31 left-handed players have scored a point for the Bucks since the team entered the NBA in the 1968-69 season.

Here’s a look at the 10 left-handed Bucks players who have the most career points for the team.

Previous: When defense shines, so do the Packers
Next: Since 2000, Packers have been NFC’s leader in double-digit win seasons