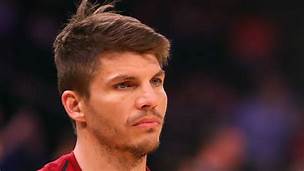 After a disappointing end to their season against Toronto in the Eastern Conference Finals last season, the Milwaukee Bucks have the talent and experience to make it to the NBA Finals this season.

It’s an important season for the Bucks, especially with only two years left on star Giannis Antetokounmpo’s contract.

The Bucks and Philadelphia 76ers are the clear-cut favorites in the Eastern Conference. The Bucks reloaded in the offseason and have an even better roster than last year. Malcolm Brogdon and Nikola Mirotic are no longer on the team, but general manager Jon Horst brought in a trio of veterans that should make notable contributions this season.

Matthews will start at shooting guard and is a career 38.2 percent 3-point shooter in 10 seasons. Korver is one of the greatest 3-point shooters of all-time and has made 42.9 percent of his attempts from beyond the arc in his 16-year career.

Matthews and Korver are ideal fits for the Bucks’ offense that relies heavily on the 3. With Giannis Antetokounmpo being an elite driver, the addition of the two sharp shooters allows the Bucks to space the floor even better than they did last season.

Robin Lopez fortifies the Bucks’ center position, as he will start behind his brother Brook. Unlike Brook, who’s an offensive-minded center, Robin provides the Bucks with an inside presence on both ends of the court, especially defensively. He gives the Bucks physicality and an aggressive attitude on defense.

It’s an important season for the Bucks. With the addition of three veterans and Giannis Antetokounmpo motivated to build off his MVP season last year, the Bucks have to take the next step this season. They are the best team in the Eastern Conference and expectations should be NBA Finals or bust.

Previous: Rodgers’ performance against Raiders was one for the ages
Next: World Series winners dig the long ball