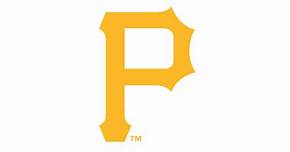 It was an itch that certainly needed to be scratched… especially for their long-suffering fans.

As a point of historical perspective, the Nationals have been in existence since 2005. Prior to that, the franchise called Montreal home where the Expos played from 1969 to 2004. They then left Montreal for D.C. and a new start as the Nationals in ’05.

The Expos made the post-season only once in their history, losing in the NLCS three games to two in 1981. It was the first and only time the franchise had made it to the NLCS until this year, the longest drought of all franchises. In fact, of the current 30 franchises, 26 have played in either an ALCS or NLCS this century. The four teams that had not played in the ALCS or NLCS this century prior to this year were Cincinnati, Pittsburgh, San Diego and Washington.

Here’s a look at the last time each MLB team has played in the ALCS or NLCS with a chance to reach the World Series.

*At the time of this post, the ALDS series between Tampa Bay and Houston had not been decided, therefore their years may not be current