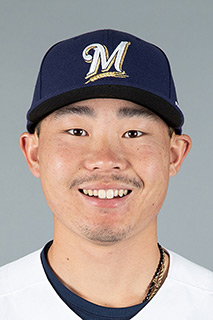 Imagine what kind of damage Brewers second baseman (and rookie) Keston Hiura could have done had he been with the Brewers the entire 2019 season.

Hiura has 10 home runs and a .320 batting average in 41 games with the Brewers this year. With 56 games remaining on the schedule, Hiura is on a pace to slug 24 home runs, which would be the third most by a Brewers rookie in franchise history.

Here is a look at the most home runs by a rookie in Brewers history.

What has been even more impressive with Hiura’s batting prowess in his first season in the majors has been his hitting for average. With a .327 batting average, Hiura is second to Christian Yelich’s .335 average. A strong finish to this season and Hiura could challenge the team record for highest batting average by a rookie.

Of all Brewers rookies with 250 plate appearances, Ryan Braun tops the list with a .324 batting average in his first season with the club. Braun did that in 2007 when he was selected as the National League Rookie of the Year.

Following are the Top 10 Brewers rookies in batting average for a season (250 plate appearances to qualify).

Of the 10 players listed above, seven of them finished in the Top 10 for Rookie of the Year voting that season. Braun and Listach won the award, while Podsednik finished second.

Former Brewers second baseman Scooter Gennett hit .324 his rookie season with the Brewers, but based on our criteria, he did not qualify for the list… he had 230 plate appearances that season.

Previous: Bucks stockpile more long-range shooters
Next: So, you don’t think Packers fans are spoiled? Try being a Bengals or Lions fan