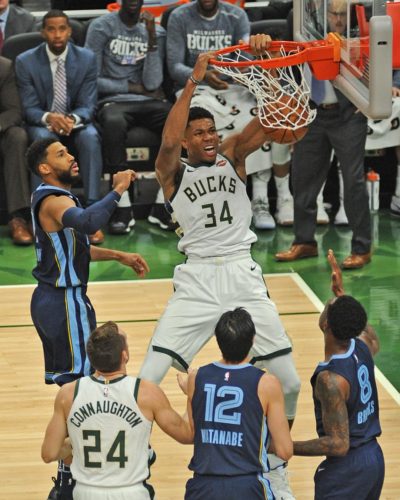 The West is the best and the East is the least.

That’s been the case in the NBA for seemingly eons and it’s no different this season. By any objective measure, it’s amply apparent the Western Conference, from top to bottom, is vastly superior.

So, while Eastern Conference members Toronto (28), Milwaukee (26) and Indiana (25) are stacking up Ws on a consistent basis and have  as many or more victories than every Western Conference team other than Golden State (25), don’t be fooled.

For starters, the West has a distinct advantage over the East in inter-conference play, especially when you compare the top eight teams in both conferences, teams that would be in the playoffs if they commenced today.

In the Eastern Conference, only Toronto and Philadelphia have proven to be especially tough matchups for the current playoff-bound Western Conference teams. The Raptors, benefiting from the NBA’s best two-way player in Kawhi Leonard, have registered an impressive 11-4 mark against WC teams. The 76ers, bolstered by the Jimmy Butler trade, is 7-3.

Milwaukee, which has the best winning percentage in the league at .722, thanks in large part to Giannis Antetokounmpo, has also fared relatively well against WC teams with an 8-5 mark. Other than those three teams, though, the East has struggled against WC teams.

On the flip side, the WC’s top five teams have absolutely cleaned up on EC competitors. To wit: Oklahoma City has a sterling 10-2 mark while Golden State is 10-4. Portland is 9-3, Denver is 9-5 and Houston is 8-4.

Head-to-head competition isn’t the only conspicuous advantage Western Conference teams have over Eastern Conference ones. The West is also infinitely deeper with many more talented rosters.

And then there’s the dregs of the EC: Atlanta, Chicago, New York and Cleveland. Barring a miraculous, and we mean miraculous, turnaround, all of their seasons are, for all intent and purpose, already over.

Atlanta and Chicago are 11-25 and 10-27, respectively. New York is 9-29 and Cleveland is 8-29. Another Eastern Conference team, Washington, is an abysmal 14-23, yet, amazingly, is only three games out of the eighth and final EC playoff spot with more than a half of the season to go.

The West, meanwhile, has nine teams, or almost double the number of the East, with a winning record. Sacramento, despite being 19-18, would be on the outside looking in if the playoffs kicked off now.

And, while the East has four teams that are making plans to be in the Draft Lottery, the West has only one: Phoenix at 9-29.

“You have like five bad teams in the East; they’re so bad that some of those teams are already tanking,’’ a veteran Eastern Conference player personal director said. “That’s the biggest difference in the two conferences. And that’s a huge difference.’’

Because the East has a slew of despicable teams and the West doesn’t, the odds of a good East team ever going into a prolonged slump are slim to none.

The Bucks are a classic example. From Nov. 23 until Dec. 7, a stretch of seven games, they sputtered and looked ordinary. They went 3-4 with two of their losses coming against WC teams Golden State and Phoenix.

Then, guess what happened?

You won’t see any soft schedules like that in the West. Denver coach Mike Malone knows this all too well.

“The moment you come up for air, the moment you become satisfied, you will fall and fall quickly,’’ Malone told the Denver Post. “That’s how close the Western Conference is.’’

And how bad the Eastern Conference is – again.

Previous: PACKERSTAT: Game 16 vs. Lions — Fackrell is one of few bright spots
Next: TODAY’S SPORTSTAT: It’s all about offense in the NBA these days