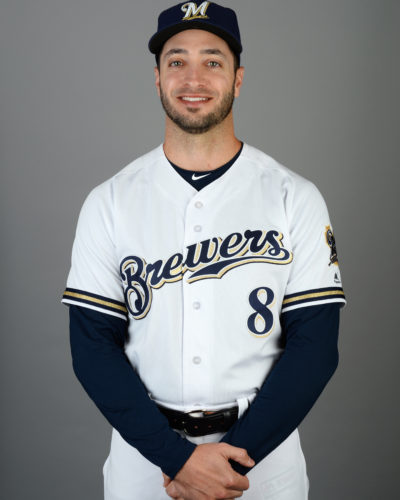 When it comes to games with two or more home runs, Ryan Braun is the king for the Milwaukee Brewers.

Braun tops the Milwaukee franchise with the most multi-home run games in a career with 32. He is followed by Prince Fielder with 22 and Gorman Thomas with 19. Braun is, however, nowhere near the leader board when it comes to the most multi-HR games in MLB history. Leading the way is Babe Ruth with 72 followed by Barry Bonds with 71. Others with 60 or more career multi-HR games: Sammy Sosa (69), Mark McGwire (67), Willie Mays (63) and Hank Aaron and Alex Rodriguez (each with 62).

The Brewers have had five players hit two or more home runs in a game this season. Braun has done it four times followed by Jesus Aguilar with three games. The other three Brewers players with multi-HR games this year (each with one game) are Keon Broxton, Eric Thames and Christian Yelich.

Following are the MLB players with the most multi-HR games in a season.

Previous: Bucks turn down the volume
Next: Zielinski: Home field will pay dividends today for Packers