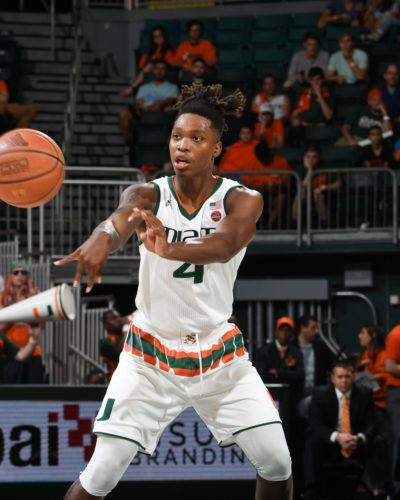 I can’t imagine the Milwaukee Bucks ownership group is in a real good mood right now.

Sure, they were delighted with the team’s selection of Villanova shooting guard Donte DiVincenzo with the 17th overall pick in Thursday night’s NBA draft. But they also have to be absolutely livid that they weren’t able to secure another first-round pick because of an inexcusable blunder – and perhaps a fireable one — by one of their employees.

After spending the last several weeks keeping their draft cards close to the vest, after several weeks of not letting the media know which prospects they were working out (something unprecedented in Bucks’ history), someone in the organization moronically leaked the news just prior to their pick that they were taking DiVincenzo.

As I noted in my mock draft on Wednesday, the Bucks and Atlanta Hawks were poised to make a significant trade: They (the Bucks) have also explored ways to move back (Atlanta has picks 19 and 30).

The discussed deal with the Hawks not only would have allowed the Buck to land DiVincenzo with the 19th pick, but would have enabled them to land another player who could have shored up their suspect frontcourt, someone like Michigan’s Mo Wagner (who was taken by the Lakers at 25), Texas A&M’s Robert Williams (taken by the Celtics at 27) or Villanova’s Omari Spellman (taken by Hawks at 30). The discussed deal would have also guaranteed the Hawks would have gotten their guy: Kevin Huerter, a shooting guard from Maryland.

But then the infamous leak killed the deal.

In an interview with 95.7 The Game in San Francisco, Hawks general manager Travis Schlenk revealed how the Bucks blew it.

“Last night, for instance, we had the 19th pick, and we’re coming down and we’re actually talking to Milwaukee on the 17th pick, talking about trading up to get a guy we like,” Schlenk said. “There’s were a couple of guys we felt really good about on the 19th pick, obviously Kevin [Huerter] was one of them, and it leaked who Milwaukee was going to take.

“So, all of a sudden, we were able to pull back out of that deal and keep the draft pick instead of packaging picks to move up because we knew that, two guys on the board we felt really good about and only one team in between us, so that was beneficial to us last night.”

Schlenk, who was newly-hired Bucks head coach Mike Budenholzer’s boss in Atlanta last season, wound up with Spellman and Bucks would up looking rather foolish.

An NBA scouting director lauded the Bucks’ selection of DiVincenzo.

The scouting director was referring to D.J. Wilson, whom the Bucks selected with the 17th overall selection in 2017. Wilson experienced a trying rookie season and several NBA sources told me last week the Bucks had put the former Michigan standout on the trading block.

Before Thursday’s draft, a veteran Western Conference scout had this to say about DiVincenzo: “He has a little swagger, which I like. And he’s a big-time shot-maker, someone you could bring off the bench. I have him going in the early 20s.’’

Some NBA officials, while liking DiVincenzo, were a little surprised the Bucks didn’t select Miami shooting guard Lonnie Walker, who wound up being selected by the Spurs on the very next pick at 18.

Walker had drawn interest from several teams picking ahead of the Bucks, including New York at 9 and Philadelphia at 10. DiVincenzo reportedly didn’t work out for any top 10 teams. One of the reasons Walker slipped, some NBA officials told me, was because he’s had some minor physical issues, ones that obviously didn’t bother the Spurs.

Besides Wilson, some NBA officials said the Bucks were trying to trade guards Eric Bledsoe and Matthew Dellavedova. … Bucks forward Jabari Parker, who becomes a restricted free agent on July 1, plans to work out with former Bucks guard John Lucas in Houston this summer. … DiVincenzo is represented by John Noonan and Chris Emens of Octagon. That agency also represents Bucks star Giannis Antetokounmpo. … A player who was drafted in the top half of the first round on Thursday night told me the best player he competed against in pre-draft workouts was Michigan’s Mo Wagner, who was drafted by the Lakers with the 25th pick. … As I reported after the Bucks hired Budenholzer, two Bucks assistant coaches would be retained: Sean Sweeney and Vin Baker. Sweeney’s stay was a short one, though, as he recently received and accepted an offer to be an assistant coach on Detroit head coach Dwane Casey’s staff. As for Baker, he’s still with the Bucks, although his exact role is still being discussed.

Previous: Bucks hope DiVincenzo is better than their four previous picks at 17
Next: TODAY’S SPORTSTAT– Altuve already ranks among the all-time greats