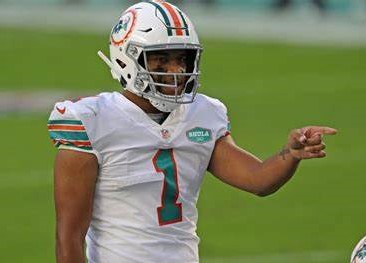 The Packers have a Christmas Day showdown with the explosive Miami Dolphins. Both teams are vying for a playoff spot, with the Dolphins squarely in the playoff mix and the Packers a long shot but still mathematically alive.

The Packers defeated the Los Angeles Rams on Monday Night Football. Facing the Dolphins on a short week is a challenging task.

The Dolphins have lost three straight contests but are hosting the Packers in Miami, where they are 5-1 this season. They have an explosive offense led by quarterback Tua Tagovailoa and his array of weapons in receivers Tyreek Hill and Jaylen Waddle and running back Jeff Wilson Jr.

Despite the Dolphins’ talented offense, their defense is at a different level. During the team’s losing streak, the defense has allowed 29.3 points per game. They also have struggled against the passing game. Packers QB Aaron Rodgers has a chance to exploit that weakness.

The Packers have performed poorly in games played in Florida in recent years. Sunday’s game will be a shootout. But the Dolphins are the superior team and will prevail at home.

Previous: Packers need to stay on the offensive
Next: Can the offense carry the Packers into the playoffs?