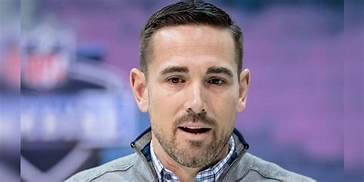 Let’s put to bed, once and for all, the silly notion that the Green Bay Packers defense has been the main reason for the team’s unexpectedly subpar showing this season.

Yes, the defense hasn’t been the dominant unit some foolishly envisioned at the outset of the season. Yet, how bad can the Packers’ defense be when it ranks eighth – out of 32 teams – in average total yards per game?

No, it’s not defensive coordinator Joe Barry and his minions  fault for the Packers stunningly surprising 3-5 record.

The principal reason for the Packers’ woes is its woeful offense, one that vaguely resembles the potent ones of the previous three seasons when they racked up a crazy 39 wins.

The Packers’ offense has sputtered and been out of sync virtually the entire season, starting when rookie receiver Christian Watson dropped a sure-fire touchdown pass in the season opener against the Vikings.

Going into Sunday’s must-win game against the Lions in Detroit – they’re all must-win games the rest of the way, right? – the Packers rank in the lower half of the league at No. 17 in yards per game at 399.9.

Now, consider where arguably the NFL’s three best teams – the Chiefs, Bills and Eagles – stack up in that same category. The Bills are first at 430.6, with the Chiefs right behind at 403.3. The Eagles are fifth.

Now, let’s peek at another offensive category, perhaps the most important one: points per game. And guess where the Chiefs, Bills and Eagles rank?

They’re ranked an inexcusably low 26th at 18.1 points per game.

Previous: Packers legend thrived against the Lions
Next: Packers could capitalize on Lions’ lousy defense