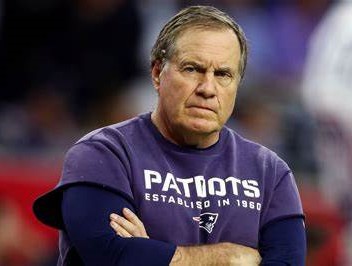 The Green Bay Packers are 9½ point favorites over the New England Patriots for Sunday’s game at Lambeau Field.

On the surface, the Packers probably should be even heavier favorites. After all, the Patriots will be without their fine young quarterback Mac Jones and be led by Brian Hoyer, whose pro career has been anything but good.

Hoyer has started 39 NFL games; he’s led his team to victory only 16 times. The teams he guided have lost 11 straight games. No, Hoyer isn’t a starting caliber QB.

Throw into the equation that the Patriots have been abysmal against the run, allowing an average of 114.7 yards per game, ranking them 20th overall in the league.

Barring a miracle of sorts, the Packers dynamic running back tandem of Aaron Jones and AJ Dillon should have banner games.

But while the Patriots obviously have issues, they also have Bill Belichick, arguably the sport’s greatest coach ever. The 70-year-old Belichick has won a record six Super Bowls, which is a testament to his greatness.

Belichick also has 291 wins, and only two coaches in the history of the NFL can boast of more victories: Don Shula with 328 and George Halas with 318.

So, while the heavy money is on the Packers today, it probably shouldn’t be simply because of Belichick’s impeccable credentials.

If the Packers approach this game overconfidently and believe Hoyer isn’t capable of springing an upset, they could be in for a rude awakening.