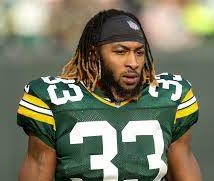 Home » Gery's Blog » If all goes according to hoyle, Jones and Packers will thrive against Jets

Say this about Aaron Jones this season:

And, for Jones and the Green Bay Packers, that’s not good.

Through the Packers first five games, Jones’ production has fluctuated on a weekly basis. Consider the evidence:

Week 1 – 49 yards on five carries against the Vikings.

If the pattern continues today, Jones should have a banner game, right? Well, all indicators certainly point that way.

Jones and Co. will be facing a Jets team that is only slightly better against stopping the run than the Packers, whose run-stopping issues have been well chronicled.

The Jets enter Sunday’s game ranked 15th in the league against the run, having allowed 114.4 yards per game. The Packers rank 20th at 126.4 yards.

The Jets’ run-stopping issues were amply apparent last Sunday against the Dolphins. That’s when Dolphins running back Raheem Mostert collected 113 yards on 18 carries. Going into that encounter, Mostert had never rushed for more than 69 yards in any game this season. He had 16 yards against the Patriots and a paltry 11 against the Bills. Against the Jets, he looked like a Hall of Famer.

Jones is clearly a better RB than Mostert and Packers head coach Matt LeFleur, the architect of the Packers, is keenly aware of it.

Fleur is also cognizant the Packers’ chances of winning are significantly enhanced when Jones is an integral and productive part of the offense.

Previous: Bucks place premium on experience
Next: Packers will overcome their issues