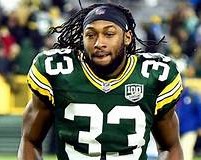 Home » Gery's Blog » Rest should pay off for Jones, Campbell and Packers

If the Green Bay Packers hope to advance to the NFC Championship game for the third straight year, they’ll have to do two things Saturday night when they host the 49ers at the ice box known as Lambeau Field.

With the temperatures expected to plummet into single digits at game time, and the wind chill factor to be south of zero degrees, both the Packers and 49ers will undoubtedly do more running than passing.

In the Packers’ case, it’s imperative they establish a run game, something that should be attainable with the return of running back Aaron Jones, who has battled injuries most of the season.

Jones didn’t suit up for the regular-season finale against Detroit and, thanks to the Packers earning a bye in the opening round of the playoffs, he’s had two weeks to get his body right again.

In the Packers’ two other losses, Jones didn’t play well: He had five carries for nine yards in the Packers’ season-opening debacle against New Orleans, when they lost 38-3, and he totaled 53 yards on 12 carries in a 13-7 setback to Kansas City.

While the Packers desperately need Jones to show up against the 49ers, they also need their defense to keep a potent 49ers rushing game in check.

That’s where De’Vondre Campbell comes into play. The veteran inside linebacker also sat out the regular-season finale against the Lions and the time off should do wonders for him.

Campbell is arguably the Packers best defensive player and one of the elite defenders in the league as his recent selection to the prestigious All-Pro team attests.

Campbell, despite missing the last game, led the Packers in tackles this season and finished seventh in that category in the NFL with a 146.

A healthy Campbell, a healthy Jones could prove to be the X-factors in the Packers advancing once again to the NFC title game.

Previous: Zielinski: Packers ready for the challenge
Next: DiVincenzo’s days with Bucks may be numbered