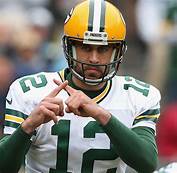 The Green Bay Packers have a chance to clinch a playoff spot with a victory over the Detroit Lions on Sunday and some help from teams across the NFL in Week 14.

Earlier this season, the Packers (9-3) defeated the Lions (5-7), 42-21, at Lambeau Field. Now the NFC North rivals will meet at Ford Field in Detriot, a place the Packers have regularly had lackluster performances.

The Lions knocked off the Chicago Bears, 34-30, in Chicago last Sunday. It was the Lions’ first game under interim coach Darrell Bevell and snapped a two-game losing skid.

In Week 17 last year at Ford Field, the Packers nearly lost to the three-win Lions but frantically came back. The Packers scored 13 points in the fourth quarter, with Mason Crosby kicking a game-winning field goal with three seconds left.

Previous: The coin toss has been money for the Packers
Next: A convincing victory could help Hackett as well as Packers