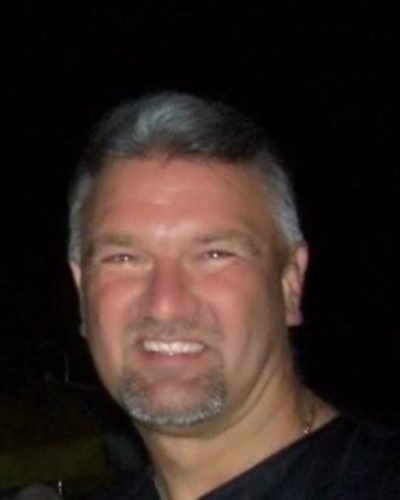 Here are some of the numbers that helped define the Packers 24-20 win over the Jacksonville Jaguars in Green Bay on Sunday, November 15, 2020.

•    The Packers have now won five of seven games all-time versus the Jaguars including now winning three straight. In the seven games played between the two teams, the margin of victory has never been more than 10 points. In four of the seven games the margin of victory was four points or less.
•    Green Bay is now 8-2 since 2000 in games played at Lambeau Field against teams from Florida (Jacksonville, Miami and Tampa Bay).
•    With the win over Jacksonville, the Packers are now 6-8-1 in their last 15 games at Lambeau in November (dating back to 2013).
•    The Pack has now won nine of their last 11 games against AFC opponents. They are 15-7 against the AFC since 2015.
•    Jacksonville scored first in the game. The Packers, however, have won eight of their last nine games at Lambeau when the opposition scores first in the game.
•    The Packers first got on the scoreboard when Aaron Rodgers hit Marques Valdez-Scantling on a 78-yard TD pass. Since the start of the 2018 season, the Packers have had 20 plays of 50 yards or more. MVS has been on the receiving end of six of those plays, most on the team.
•    Jacksonville’s Keelan Cole, Sr., returned a punt for TD in the second quarter. It was the first punt returned for a TD against the Packers since December 14, 2014 in a game against the Buffalo Bills. The Packers are 6-5 in the Super Bowl era (since 1966) in regular season games when the opponents return a punt for TD.
•    Aaron Rodgers had two TD passes and a run for TD in the contest. It was the 25th time in his career that he had a rushing TD and TD pass in the same game. The Packers are 15-10 in those games.
•    Adrian Amos intercepted a pass for the Pack in the second quarter, the sixth of his career (three with the Packers and three with the Chicago Bears). His team has never lost when he gets an interception. The Packers are now 36-12-1 since 2015 in games when they intercept a pass in a game.
•    The Packers had two turnovers in the game, a fumble by Davante Adams and an interception thrown by Rodgers. Prior to yesterday’s game, the Packers were 6-14 in games when they committed two or more turnovers. Since 2010, the Packers have played in 53 games where they had two or more turnovers. That is third fewest in the league. The New England Patriots lead the league with only 43 games since 2010 with two or more turnovers in a game.
•    Mason Crosby connected on one field goal in the game. In the last 20 games where Crosby has made a field goal, the Pack is 17-3.
•    Green Bay had a 17-10 lead at halftime. Since 2010, the Packers are 42-1-1 in home games when they lead at halftime by seven points or more.
•    The Pack had three sacks in the game (one each by Za’Darius Smith, Preston Smith and Rashan Gary). The team is 25-9 since 2016 in games when they have three or more sacks.
•    Davante Adams had eight receptions for 66 yards. He now has 492 career catches for the Packers, fifth on the team’s career reception list. He will likely in the next game or two join Donald Driver, Sterling Sharpe, Jordy Nelson and James Lofton as the Packers players who have caught 500 or more career passes with the team.
•    Aaron Rodgers now has 49,524 career passing yards and should become the 11th QB in league history to reach the 50,000 yard passing yardage mark in the next two or three games. Rodgers is 11th on the career passing list and 10th on the list is John Elway with 51,475.
•    The Jaguars Keelan Cole became the 48th player in NFL history to have a TD reception and a TD via punt return in the same game. The Packers had a player on this list: Walter Stanley, who had a punt return for TD and two TD pass receptions in a game on November 27, 1986.
•    Marquez Valdes-Scantling had a career-high 149 yards receiving in the game on four catches. MVS has 86 career receptions for an average of 17.4 yards per catch. Of all players in NFL history with 80 or more career receptions, MVS is one of 79 players with a career yards per catch of 17.4 or higher. Topping the list is Warren Wells at 23.13; he played from 1964-70 with the Detroit Lions and Oakland Raiders.
•    Rodgers threw an interception in the game. The Pack is 8-10 since 2016 in games when Rodgers has an interception.
•    Rodgers had 325 yards passing in the contest, the 64th regular season game in his career with 300 or more passing yards. That ranks tied for sixth on the all-time list with Ben Roethlisberger. Drew Brees leads this category with 122 games with 300 or more passing yards in a game.
•    Davante Adams had a TD reception in the game, the fifth game this year he had a TD reception of the seven games he’s played. He has had a TD reception in 41 of the 93 games he’s played for the Packers.
•    Adams has caught a TD pass in four straight games. His career high is five straight games. The Packers record is six straight games with a TD reception held by three players, Randall Cobb, Sterling Sharpe and Billy Howton.
•    The game was tied 17-17 going into the fourth quarter. Since 1994, the Packers are 17-9 in games when the score is tied going into the fourth quarter. At Lambeau Field, they are 11-4 since 1994 in games when they are tied going into the fourth quarter.