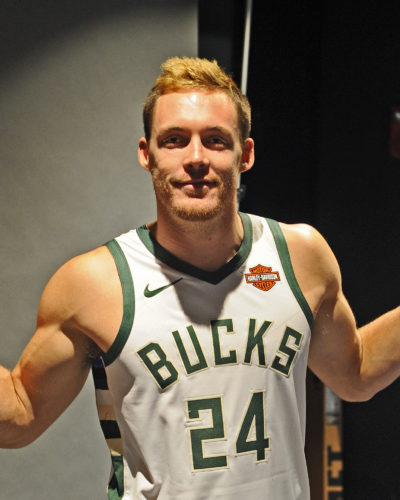 The message the Milwaukee Bucks owners sent last July was loud and clear: We’re not going to pay a luxury tax.

With a golden opportunity to establish themselves as THE favorite instead of one of the favorites to win the 2020 NBA title, the Bucks brass opted to let one of their best players – Malcolm Brogdon – get away.

The Bucks agreed to a sign and trade with Indiana for Brogdon, one of the best two-way players in the league, for a 2020 first-round draft pick.

That draft pick obviously won’t help the Bucks in the upcoming playoffs and it’s questionable whether the draft pick will even be of much help down the road as numerous NBA scouts regard this draft as one of the weakest in recent memory.

But Bucks owners Marc Lasry, Wes Edens and Jamie Dinan – all alleged billionaires – refused to pay a few extra millions to increase the Bucks’ chances of winning a title for the first time since 1971.

The Bucks’ decision boggled most NBA officials with some of them pointing out how the owners of the Toronto Raptors and Golden State Warriors – the NBA’s last two champions, respectively –convincingly showed their fan base that they were “all in’’ by paying a luxury tax.

Of course, the Bucks could still win an NBA title. After all, they have a certifiable superstar in Giannis Antetokounmpo. HIs extraordinary talents have made his suspect supporting cast look good.

That cast, with the exception of Khris Middleton, hasn’t had an All-Star representative in the last five years. Kyle Korver made the All-Star team in 2015 while playing for Atlanta, and Brook Lopez made his sole All-Star appearance for Brooklyn in 2013 when then NBA commissioner David Stern chose him as a replacement for the injured Rajon Rondo.

The Bucks’ failure to surround Antetokounmpo with another prime-time player is one thing, but failing to retain integral pieces like Brogdon simply because of finances is another. Which leads us to this question: Will Messrs. Edens, Dinan and Lasry EVER pay the luxury tax?

Based on numerous conversations with NBA officials, Bucks ownership will once again avoid going into the luxury next season and, once again, lose at least two quality players.

As of today, the NBA’s projected luxury tax for next season is $139 million. There’s a reasonably good chance it could be even less because of lost revenue due to the devastating COVID-19 pandemic and China’s stunning decision not to televise NBA games following a tweet by Houston Rockets general manager Daryl Morey that supported pro democracy protesters in Hong Kong.

The Bucks are on the books for $130,793,507 next season. And that doesn’t even include the salaries of Ersan Ilyasova, Wesley Matthews, Pat Connaughton, Sterling Brown, Robin Lopez, Marvin Williams and Korver, all of whom are impending free agents or have player options in their contracts.

Several NBA officials contend Ilyasova, who has played a key role off the bench with his perimeter shooting and top notch defense, is a lock to be on another team next season.

Ilyasova, who is 33, is making $7 million this season and is scheduled to make $7M next season. But Ilyasova’s salary for next season isn’t guaranteed. The Bucks have until the middle of October to decide whether to keep him or let him walk. By letting him walk, they’ll clear $7 million off their books. 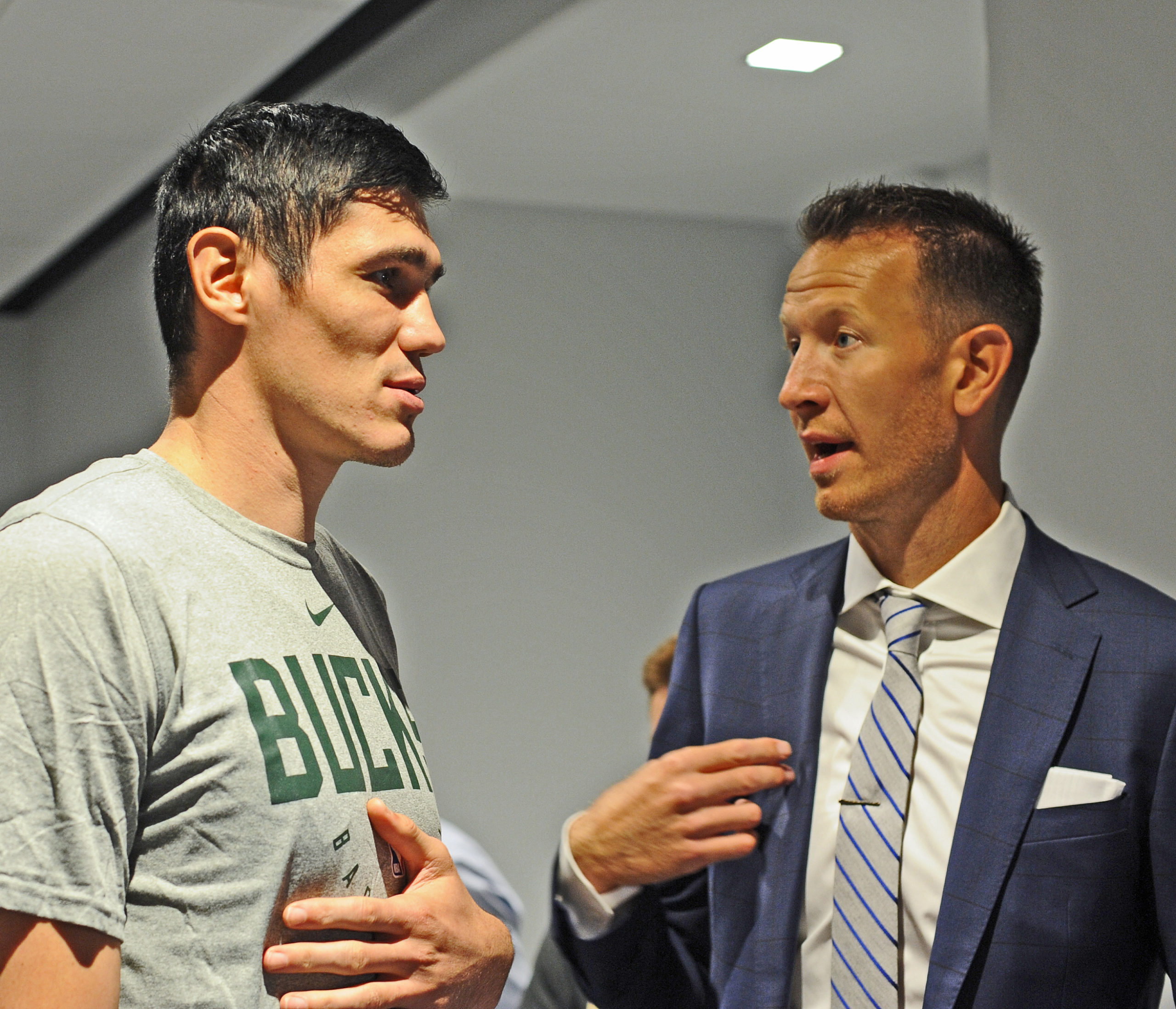 “I fully expect them to waive Ersan,’’ an NBA executive said of Ilyasova, who is averaging 6.6 points, 4.8 rebounds and 15.7 minutes in 63 games this season . “They can’t afford him and still stay under the luxury cap. I surmise they’ll cut him and take a forward in the draft.’’

Another veteran whose time with the Bucks seems to be winding down is Sterling Brown, who is in his third season with the team after being selected in the second round of the 2017 draft.

Brown, a shooting guard, has had a decent season coming off the bench, averaging 5.1 points in 14.8 minutes for 52 games. Brown was paid a paltry $1.6 million this season and is set to become a restricted free agent, meaning the Bucks can match any offer he receives from another team and retain his services.

Because the Bucks are in salary-cap hell again, it’s safe to assume they won’t match any offer that would be north of his current salary.

“He’s a nice bench player and he’s still young,’’ an Eastern Conference exec said of the 25-year-old Brown. “And he doesn’t make much, so I’m sure there’ll be some teams that will go after him.’’

The Bucks won’t have any choice on whether to match a competitor’s bid for Connaughton, who’ll be an unrestricted free agent after the season.

Connaughton has carved out a nice niche with the Bucks, providing them with high energy and productivity off the bench (5.4 points and 4.3 rebounds in 18.6 minutes for 66 games).

It is a cinch Connaughton will receive an offer that easily exceeds his current salary of $1.7 million – one NBA exec believes Connaughton could earn around $5-6M.. Several teams, including some Eastern Conference playoff-bounds teams, are doing their due diligence on Connaughton with the intention of pursuing him in free agency.

“Of the three (Ilyasova, Brown and Connaughton), Connaughton will draw the most interest,’’ another Eastern Conference official said. “You know he plays hard and he plays the game the right way. And he’s athletic.

“If he showed more consistency, he’d get a heck of an offer. I’m pretty there’s going to be a few teams willing to pay him more than the Bucks.’’

And then there’s the uncertain futures of Korver and Williams, who will become unrestricted free agents, along with Matthews and Robin Lopez, who have player options.

Korver, 39, is clearly at the end of his NBA career and may consider retirement; Williams is 34 and will likely have few offers but only for a minimal salary; Lopez isn’t expected to get more than the $5M he could collect from the Bucks next season and will likely remain in Milwaukee and Matthews, who is 33, probably won’t garner an offer for more than the $2.69M he could receive by staying with the Bucks.

Previous: Even without fans, MLB still retain home-field advantage
Next: Brewers are putting up Uecker-like numbers