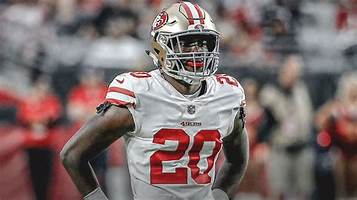 If you watched the San Francisco 49ers annihilate the Green Bay Packers 37-8 back on Nov. 24, you had to acknowledge the greatness of the 49ers.

They are about as complete of a team as you’ll find with a highly potent offense, an aggressive and talented defense, solid special teams and an exceptional head coach.

But as lopsided as the final score was, the Packers weren’t as bad as one might imagine. In fact, if not for a last minute meltdown before halftime, the Packers just might have given the 49ers a game. If you recall, the Packers trailed only 13-0 late in the second quarter, hardly an insurmountable deficit for an Aaron Rodgers-led team.

But with the ball at the Packers’ 42-yard line, 9ers head coach Kyle Shanahan got the matchup he coveted when he put Deebo Samuel in the right slot against Packers defensive back Tramon Williams.

Samuel ran a short, crisp route, cutting over the middle and taking a perfectly thrown pass from Jimmy Garoppolo and outsprinting Williams and the rest of the Packers’ secondary for a touchdown. That made it 20-0.

Then, after forcing the Packers to punt, the 49ers added a 22-yard field goal by Chase McLaughlin. Suddenly, within a matter of 58 seconds, the 49ers transformed a 13-0 advantage into a 23-0 insurmountable lead.

Today, the Packers can ill afford to have such a catastrophic lapse. The 49ers are simply too explosive for the Packers to let that happen. The 49ers scored 31 or more points on eight occasions this season. They put up 51 on Carolina and 48 on New Orleans.

And when the 49ers get a lead, their defense seldom squanders it. Their frontline, led by DeForest Buckner and Nick Bosa, may be the best in the business. They are so good that the 49ers often have the luxury of pressuring the passer without blitzing anyone.

A side note: One of the 49ers best defenders is free safety Jimmie Ward, who had five solo tackles and made several impressive plays against the Packers in their regular-season encounter. Ward, who ranks third on the 49ers in tackles, was born in Racine and lived there several years before moving to Alabama.

A second side note: Ward (pictured above) was the 30th overall selection in the 2014 draft, passed over by the Packers who chose another safety, Ha Ha Clinton-Dix, with the 21st pick. Ouch.

Ward and Co. made life miserable for the Packers in November. They made the Packers’ two primary playmakers non-factors: Aaron Rodgers completed 20 of 33 passes but for a paltry 104 yards. Aaron Jones managed a meager 38 yards on 13 carries.

The bottom line for today’s game is the Aarons need to show up and the Packers need to play a near-perfect game to beat the 49ers and advance to the Super Bowl.

Previous: Zielinski: It’ll be a different Packers team this time against 49ers
Next: Bledsoe’s future with Bucks is murky