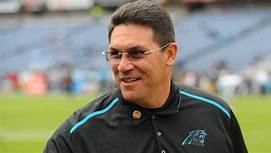 Ron Rivera became the second NFL coach to be fired this year when Carolina let him go as coach of the Panthers this week after compiling a 5-7 record this season. He had been the Panthers head coach since 2011, a run of eight-plus years.

Jay Gruden was fired as the Washington coach after Week #5 and an 0-5 start for the Redskins. He had been the ‘Skins head coach since 2014.

In season (or mid-season) firings are not all that common in the NFL, especially when you consider that most NFL teams wait to make coaching changes until after the regular season is over. In many cases, that first Monday after the end of the regular season has been affectionately known as “Black Monday” as teams that are not in the playoffs get a head start on finding a new coach by firing their current coach on the first day after the end of the season.

For Carolina, this is the first time they fired a head coach mid-season since they became an NFL expansion team starting with the 1995 campaign. For the record, I looked back to 1970, the AFL-NFL merger, to see how prevalent it has been for NFL teams to fire a head coach in the middle of the season. Using data collected from Pro Football Reference.com, there have been 85 mid-season firings in the last 50 years — about 1.7 per season. In addition, that works out to about 2.7 mid-season head coaching changes per team in that same timeframe.

Previous: Bucks benefit from a joke of a schedule
Next: NBA players celebrate their birthdays in a big way