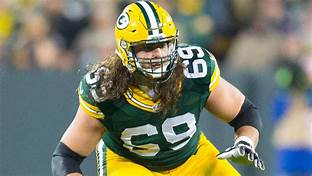 You don’t compile a 9-1 record like the San Francisco 49ers have done this season without being a quality all around team.

The 49ers are proficient in all areas of the game: offense, defense, special teams. And their coaching staff is top shelf. It’s obvious 49ers coach Kyle Shanahan picked up a thing or two from his father, Mike, one of the finest coaches ever who guided the Denver Broncos to a 31-24 victory over the Packers in Super Bowl XXXII in 1998.

Kyle Shanahan, like his father, is exceptionally creative and will undoubtedly pull a trick out of his bulging bag of plays that will catch the Packers off guard today when two of the league’s elite teams meet tonight.

Yet, while the 49ers have been good and dominant at times, they’ve also had their share of luck along the way this season. They have prospered from a soft schedule, one laden with pushover teams.

The 49ers have also showed their vulnerability in recent weeks. They lost to an excellent Seattle 27-24 in overtime two weeks ago, one week after barely beating a sub-par Arizona team 28-25. The 49ers also struggled last week against the Cardinals before prevailing 36-26.

In other words, the 49ers are formidable but definitely beatable.

The Packers simply can’t implode. They have to play as close to a mistake-free game as possible. Their veterans, in particular, have to be mentally sharp: Aaron Rodgers has to eliminate his delay of game penalties (Rodgers and the Packers have a league-high nine DGs) and offensive tackle David Bakhtiari has to terminate his penalty-plagued ways as well. Bakhtiari, who has been one of the best at his position over the years, has inexplicably committed 10 penalties this season, the third most in the NFL this season.

Previous: Zielinski: 49ers have slight edge over Packers
Next: It was truly a forgettable game for Packers, Rodgers