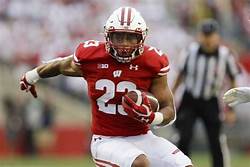 It seems almost like an eternity until the 2020 NFL draft.

The draft will be held April 23-25 in Paradise, Nev., and suffice to say, a lot things can occur between now and then that will ultimately determine the stock of potential draft picks.

Mel Kiper and Todd McShay, two longtime and highly respected draft prognosticators, have projected Taylor being selected in the lower-third of the first round.

Earlier this month, Kiper rated Taylor as the 23rd best draft prospect and the second-best running back in his Top 25 prospects rating. At that time, Kiper ranked D’Andre Swift of Georgia as his top running back prospect, listing him at 18 overall. The only other running back Kiper predicted at that time to go in the first round was J.K. Dobbins of Ohio State, who he ranked 24th overall. In his most recent Top 25 prospects analysis, Swift moved up to 16 overall while Taylor and Dobbins both fell out of the ranking.

In McShay’s latest Top 32 rankings – or first-round picks –all of the aforementioned RBs made the list. Swift was ranked 20th overall with Dobbins at 23 and Taylor at 27.

While Swift is Kiper’s and McShay’s top choice among running back prospect, Vinnie Iyer of The Sporting News has Taylor at the head of the 2020 RB draft class.

Iyer has the 5-foot-11, 219-pound Taylor as the 19th-best draft prospect. He ranks Swift at 27. Iyer doesn’t have Dobbins going in the first round.

It shouldn’t be surprising only three RBs are being touted as potential first-round selections. With the NFL having involved into a pass-oriented league, running backs have been in less demand. That is clearly illustrated in the last four drafts where a total of seven RBs were taken in the opening round. To wit:

2016 – Ezekiel Elliott was the only RB taken in the first round, going No. 4 to Dallas.

2017 – Just two running backs were chosen in round one: Leonard Fournette was drafted by Jacksonville with the fourth overall pick, and Christian McCaffrey was taken by Carolina at No. 8

2018 – A trio of RBS were taken in the first round of this draft, with Saquon Barkley being taken by the New York Giants at No. 2, Rashaad Penny going 27 to Seattle and Sony Michel going to New England at 31.

2019 – Only one RB was selected in the first round and not until late. That was Josh Jacobs, who was tabbed by Oakland with the 24th overall pick.

All of the seven RBS chosen in the first round in the last four drafts have been solid to outstanding selections. This season McCaffrey has emerged as a MVP candidate and Jacobs appears to be the front-runner for Rookie of the Year honors.

So, how does Taylor stack up with the previously first-round RB picks?

One veteran scouting official claims Taylor is as good as any of them.

“He’s big-time,’’ the scout said of Taylor, a junior who has rushed for 1,685 yards and 18 touchdowns while also having grabbed 20 passes for 162 yards and four touchdowns this season. “He belongs right up there with the guys you mentioned.

“I know some (draft analysts) have him at the end of the first round, but I think he’s a top 10, maybe even a five guy. That’s how good I think Taylor is.’’

Previous: It was truly a forgettable game for Packers, Rodgers
Next: Melvin Gordon set to tie fellow Kenoshan Alan Ameche on TD list for NFL players from Wisconsin