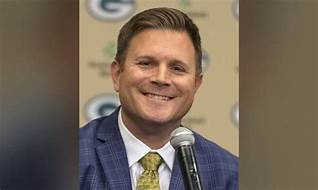 There was a silver lining, after all, for the Green Bay Packers in their failed attempt to acquire Khalil Mack last season.

The Packers, looking to significantly bolster their defense, were one of four teams – the others being Chicago, Detroit and the New York Jets –to be certifiable contenders for Mack’s services.

According to sources, the Packers were definitely in play to land the gifted outside linebacker — until the Bears raised the ante. After originally offering one first-round draft pick to the Oakland Raiders for Mack, the Bears decided to surrender an additional first-round pick, thus separating them from the other three teams.

In the end, the Bears relinquished first-round picks in 2019 (the Raiders drafted running back Josh Jacobs, a legit Rookie of the Year candidate) and 2020, along with a third-round selection in 2020 and a sixth-round pick in 2019. The Bears, besides getting Mack, also received a 2020- second-round pick and a conditional 2020 fifth-rounder.

While the Bears are undoubtedly elated to have Mack, the Packers have more than recovered from coming up short in the Mack sweepstakes. Not only didn’t they have to basically mortgage their future by trading quality draft picks, but they saved a ton of money. After landing Mack, the Bears gave him a record-setting six-year, $141 million extension. It made Mack the highest-paid defensive player in NFL history.

By saving that exorbitant amount of money, Packers general manager Brian Gutekunst was able to delve head first into free agency and land two quality outside linebackers in Za’Darius Smith and Preston Smith. Their signings are one of the biggest reasons the Packers are off to a blistering 5-1 start and on their way to the playoffs after a two-year hiatus.

Preston Smith has already recorded seven sacks this season, the third-most in the league. Za’Darius Smith has recorded six sacks, tying him for fifth place in that category. While Mack would have unequivocally been a huge pickup for the Packers, they now have two dangerous pass rushers, one on each side of the field.

The Smiths will need to do some more damage again today when the Packers host the Raiders at Lambeau Field. The Raiders are a surprising 3-2 and one of the most improved teams in the league. A big part of their success can be attributed to their offensive line, which has done a commendable job of protecting quarterback Derek Carr.

Carr is hardly the most mobile quarterback, but he has been sacked just a mere eight times in five games. Carr also has a respectable 96.6 passer rating; Aaron Rodgers’ rating is 92.8.

The Packers have been pegged as 5-point favorites against the Raiders and, in order for the former team to make the Vegas oddsmakers look good, Za’Darius Smith and Preston Smith will have to do what they’ve been doing all season: sacking the quarterback.