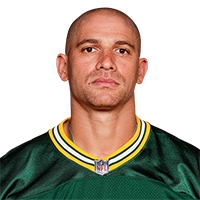 A few weeks ago Green Bay Packers general manager Brian Gutekunst speculated it might take until midseason for the team’s offense to fully grasp new coach Matt LaFleur’s offensive schemes and for the unit to click on all cylinders.

Last Sunday, in just the Packers’ second regular-season game of the season against the Minnesota Vikings, against a top-notch, veteran-laden defense, the Packers’ offense came out smokin’. They mounted three exquisite scoring drives. Before you could say Vince Lombardi, the Packers had fashioned a 17-0 advantage.

You knew, of course, the Packers wouldn’t be able to sustain that type of explosive, high-scoring offense for the rest of the game and they didn’t. They came back to earth and held on to win.

Yet, that opening-quarter of offense exhibited by the Packers was a work of art and is perhaps a harbinger of how potent Aaron Rodgers and his offensive teammates can become.

Today, I fully expect the Packers to come out with their guns blazing again when they host the Denver Broncos, whose defense is solid but hardly intimidating. If the Packers can keep the immensely talented Von Miller’s big plays to a minimum, they’re going to get ample opportunities to put points on the board.

This game could turn out to be a rout (Packers are favored by 7 points)t, too, if … and this is a big if … Rodgers gets tight end Jimmy Graham more involved in the offense. Rodgers said he wanted to do that last season, too, and nothing materialized.

Graham, who has been battling a groin injury, has just three catches in two games; he’s been targeted just six times. For the Packers to become a big-time offense, they’ll need someone to take the pressure off star wide out Davante Adams. That guy could be Graham.