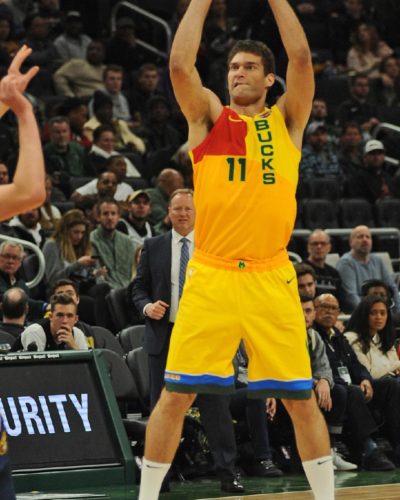 One of the reasons the Milwaukee Bucks went into the All-Star Game with the league’s best record was the play of their starting five: Giannis Antekounmpo, Khris Middleton, Brook Lopez, Eric Bledsoe and Malcolm Brogdon.

This quintet has been the same starting unit for most of the Bucks games this season and they are collectively averaging 88 points out of the team’s 116.9 that they are averaging to this point in the season.

Here is a look at the three Bucks teams that had six players average 12 or more points per game for a season.

In the 50 NBA season prior to this campaign, the Bucks have had four or more players end the season averaging 12.0 or more points per game in 23 of those 50 seasons.

Previous: TODAY’S SPORTSTAT: Testing your Brewers’ knowledge
Next: Bucks get a gift from NBA schedule-makers