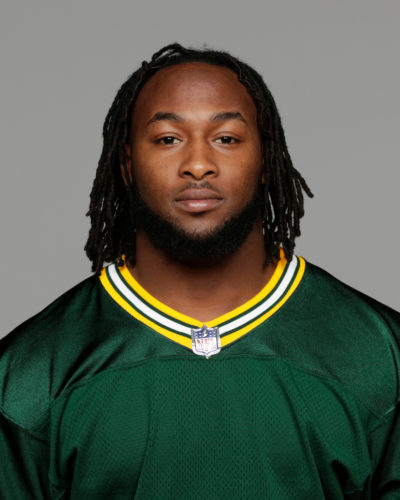 Green Bay will try to extend its winning streak to two games against the Seattle Seahawks tonight. The two teams feature opposite offensive schemes with the Seahawks being a run-first team and the Packers throwing the ball 66 percent of the time.

The Seahawks have a three-back attack with starter Chris Carson expected to play. Mike Davis and Rashaad Penny have played well in Carson’s absence.

The Seahawks are the only team in the NFL which runs the ball more than it passes it. The Seahawks run the ball 51 percent of the time, which could play into their advantage against a Green Bay defense that’s allowing 4.7 yards per carry.

The Packers are a pass-heavy team, but utilizing Aaron Jones (pictured) in the running game will be key. Seattle’s defense is allowing 5.0 yards per carry this season.

This game will come down to Packers coach Mike McCarthy’s play-calling and defensive stops.

Previous: Packers have to keep penalties to a minimum to upend Seahawks
Next: PACKERSTATS: Fackrell joins distinct group with three sacks versus Seahawks