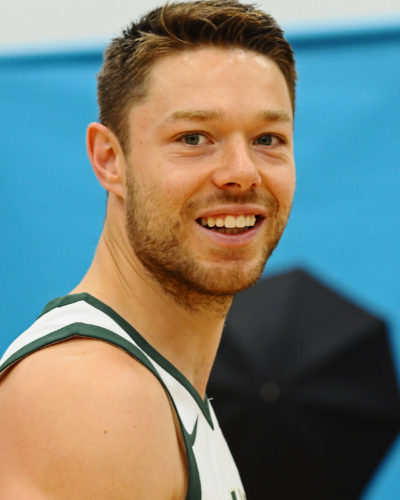 The Milwaukee Bucks are off to a white-hot start.

And a major reason for their impressive 10-3 record has been their effective 3-point attack, one of the best in the NBA.

Yet, despite having a plethora of long-range shooters, league sources said the Bucks are still in the market for another perimeter shooter.

“You know how Bud likes shooters,’’ an NBA executive said, referring to Bucks head coach Mike Budenholzer. “It’s like the old adage: You can’t have enough shooters. That’s the way he feels.’’

One of the shooters who has piqued Budenholzer’s curiosity is one of his former players when he coached the Atlanta Hawks: Kyle Korver. Korver spent five seasons in Atlanta and earned a spot on the Eastern Conference All-Star team in 2015 while being coached by Budenholzer.

Korver is now with the Cleveland Cavaliers and it’s no secret the Cavs are more than willing to depart with the 6-foot-7 Korver and resume their rebuild since the departure of LeBron James to the Los Angeles Lakers over the summer.

According to sources, the Cavs are seeking a first-round pick for Korver, although the prevailing feeling among several NBA officials is that no team will likely agree to the Cavs’ asking price.

Korver has played sparingly this season and is averaging 5.5 points while shooting 45 percent from the field and 38 percent from 3-point range. Korver is also 37 years old and will turn 38 on March 17.

It’s no secret the Bucks are looking to trade veteran reserve guard Matthew Dellavedova who is a former Cavaliers fan favorite. Dellavedova began his NBA career with the Cavs in 2013 and spent three seasons with them before being dealt to Milwaukee in the summer of 2016 for Albert Miralles and $200,000.

The Bucks aren’t the only team interested in Korver’s services. Sources said Philadelphia, Oklahoma City and Los Angeles Lakers are also among the Korver suitors.

Previous: PACKERSTATS for Game 9: Scoring first pays off again for Packers
Next: Packers have to keep penalties to a minimum to upend Seahawks