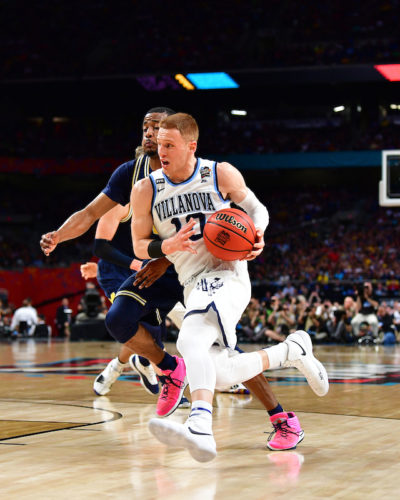 Home » Gery's Blog » Are Bucks poised to wheel and deal?

The chatter is starting to intensify.

With the NBA draft just around the corner – Thursday night, to be precise – rumors about potential trades are spreading like wildfire. Seemingly, there isn’t a team that hasn’t been linked to some kind of a deal.

“This could be a crazy draft,’’ an NBA scouting director said. “There are teams in the lottery that want to move up or down, and then there are teams that are picking in the teens who just want to get rid of their pick because they believe they can get the same caliber of player at the end of the first round or even the second round. Once you get out of the lottery, it becomes beauty in the eye of the beholder. There’s a group of 15, 20 guys who are about the same in talent.

“And then you have the teams that want to get Kawhi Leonard and LeBron James … I have feeling there’s going to be a lot of movement.’’

According to multiple NBA sources, the Bucks are among the more active teams. They’ll be going into the draft with just one pick – a first-round selection that is the 17th overall – but appear ready to pull the trigger on acquiring a second-round pick via a trade or cash purchase.

Like all teams, the Bucks have done their due diligence concerning the draft. They have auditioned numerous players who are projected to be middle-first round picks and a host of potential second-round candidates.

The Bucks, who want to upgrade their perimeter shooting, will certainly have their choice of shooting guards if they stay at 17. NBA officials claim there could be as many as 11 shooting guards in the latter half of the first round. They are:

The general consensus among NBA scouts is that Walker and Smith, whom the Bucks have shown a great deal of interest in, will likely be off the board when the Bucks pick.

Some other players who could be in the range where the Bucks are currently positioned include center-power forward Robert Williams of Texas A&M, center Mitchell Robinson, who didn’t play in college, Michigan power forward Mo Wagner, small forward Miles Bridges of Michigan State and point guard Aaron Holiday of UCLA.

Whether the Bucks retain their top pick is now the $64,000 question. Multiple sources said the Bucks are quite open to moving the pick to acquire an established veteran who could immediately contribute next season.

“I’ve heard they’ll trade their pick if they can find a veteran wing player,’’ a source said.

There are also rumblings the Bucks would like to obtain a top-notch point guard and have been exploring trade possibilities for incumbent starting point guard Eric Bledsoe. One point guard who could pique their interest is Atlanta’s Dennis Schroder.

The Bucks have been Schroder fans ever since the 2013 NBA draft. That was the draft in which the Bucks, with the 15th pick, chose Giannis Antetokounmpo. If the Bucks hadn’t drafted the Greek Freak, they would have taken Schroder, who was taken two spots later by the Atlanta Hawks.

Sources also said the Bucks also looked into acquiring Schroder via a trade, a deal involved Jabari Parker and Schroder as the principal figures.

What’s more, Schroder, in a recent interview, said he wouldn’t be opposed to being dealt. He specifically mentioned two potential landing spots: Indiana and Milwaukee, which recently Mike Budenholzer who had been Schroder’s head coach in Atlanta.

If all of that isn’t enough, Schroder and Antetokounmpo have the same agent: Alex Saratsis.

Walker has been the subject of constant trade rumors and some NBA officials contend the Hornets will use the 11th overall pick in Thursday’s draft to select a guard, possibly paving the way for Walker’s departure.

The Bucks have historically done well in the second round having netted, among others, Michael Redd, Ersan Ilyasova, Luc Mbah a Moute and Malcolm Brogdon, who was the 2016-2017 Rookie of the Year.

Previous: Clock is ticking on Brewers to sign top draft picks
Next: NBA draft could be a wild and crazy affair